Who Is on the Penny?

The current penny features President Abraham Lincoln. His portrait has been on the obverse side of the penny for over a century. Lincoln first appeared on the one-cent coin in 1909 when the Wheat penny debuted. 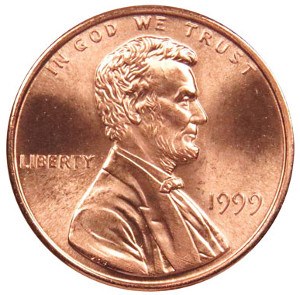 Abraham Lincoln was the 16th president of the United States. Born in Illinois in 1809, he is widely regarded as one of the best presidents of all time. Lincoln served as president from 1861-1865. He is best known for leading America through the Civil War. During his presidency he was able to preserve the Union and abolish slavery. Lincoln was assassinated in 1865.

Before the Lincoln pennies there were other penny series such as the Indian Head penny, Flying Eagle penny, Braided Hair cent, Matron Head cent, among others. Most of these early pennies feature Lady Liberty on the obverse side of the coins. The Lady Liberty image represents freedom.