Wheat Pennies, also known as wheat cents, were minted from 1909-1958. Most wheat pennies are composed of 95% copper and 5% tin and zinc. They each weigh 3.11 grams. These coins are collectible and they can sell for premiums in the higher condition grades. 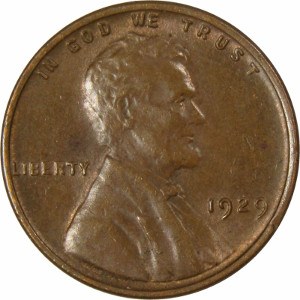 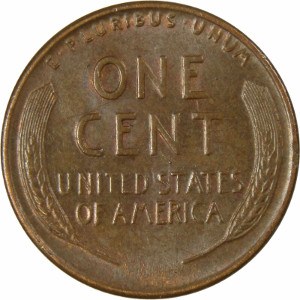 Proof coins with no mint mark were minted during select years and these coins will sell for more money.

Victor D. Brenner designed these coins. This wheat design was first issued in 1909 to commemorate the 100th anniversary of Abraham Lincoln's birth. These were the first cents to include the motto "IN GOD WE TRUST".

The front of the design features a portrait of Abraham Lincoln. It's the same portrait that is on the Lincoln Memorial pennies and shield pennies. The reverse side of the coin features two wheat stalks.

The design was slightly modified over the years. Some of the 1909 coins have the designer's initials V.D.B. on the reverse side of the coin. These coins, known as VDB pennies, can be quite valuable. In 1918 the initials were added back to the obverse side of the coin near Lincoln's shoulder.

Ultimately, the value of a wheat penny will depend on its series and its condition. See the list below to learn the value for any individual penny.