Who Is on the Quarter?

The current quarter features President George Washington. His portrait has been on the obverse side of the quarter for many years. Washington first appeared on the 25-cent coin in 1932 when the Washington quarter debuted. 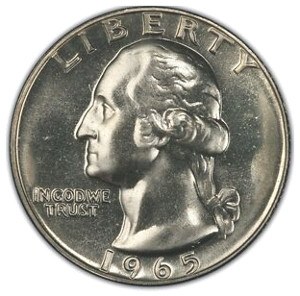