Who Is on the Nickel?

The current nickel features President Thomas Jefferson. His portrait has been on the obverse side of the nickel for many years. Jefferson first appeared on the five-cent coin in 1938 when the Jefferson nickel debuted. 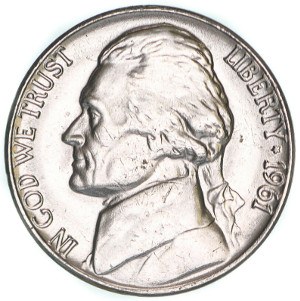 Before the Jefferson nickel there were other series such as the Shield nickel, Liberty Head V nickel, and the Buffalo nickel. The Buffalo nickel features an image of a Native American man.