Presidential dollar coins were first minted in 2007. They are composed of 88.5% copper, 6% zinc, 3.5% manganese, and 2% nickel. Each dollar weighs 8.1 grams. Most of these coins aren't valuable and they are only worth a premium in uncirculated condition. 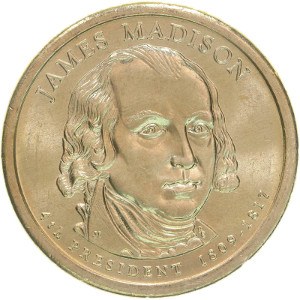 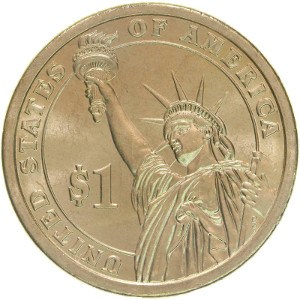 These presidential dollar coins were minted in order to honor former US presidents. They were released for circulation from 2007-2011. Coins minted from 2012 and after were only sold by the US mint as uncirculated numsimatic coins.

A former president needs to be deceased by at least two years before a coin can be issued.

The design was slightly modified in 2009. Starting this year the motto "IN GOD WE TRUST" was moved from the edge of the coin to the obverse side of the coin.

Ultimately, the value of a presidential dollar coin will depend on its series and its condition. See the list below to learn the value for any individual dollar coin.