Utah is home to some of the most magnificent natural wonders in the United States. It should then come as no surprise that Utah is known as a rockhound's paradise. Throughout the state, rock collectors regularly uncover gems and minerals. Many of these gems and minerals are unique to the region.

Competition can be stiff in Utah. Rockhounds travel from all over America to explore its lands, all trying to beat each other to the most spectacular finds. That's why it's so crucial you do your research before visiting the state. For the highest chances of success, you need to familiarize yourself with Utah's most active sites, its laws, and its rockhounding clubs. You'll find all of that information and more in this article.

If you're hoping to uncover items which cannot be collected from public land, then we suggest focusing your search on private property. Private property is not subjected to the same rockhounding laws as public land. As long as you have the landowner's permission (preferably in writing) then you are free to search. 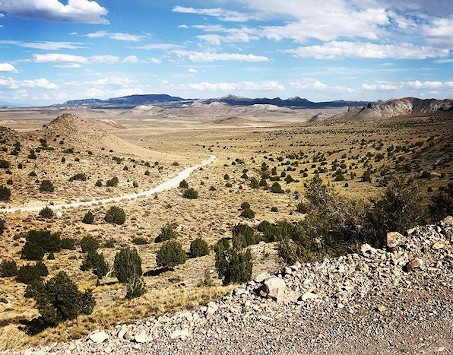 The Dugway Geode Beds are located in Juab County. The road which leads to the site is onerous so it's best to arrive in a vehicle suitable for off-road use. Alternatively, you could attempt to make the second half of the journey by foot, though this isn't advisable during the hot summer months. Whichever way you reach the Dugway Geode Beds, you can be certain of a good time when you arrive. Geodes are plentiful here and novices can uncover dozens of them in a single outing. Veterans also have a lot to gain from visiting the Dugway Geode Beds.

Vernon Hills is a remote area in Toole County, Utah. These hills are the site of Wonderstone Quarry, one of the most active sites in all of Utah. This quarry has a lot of volcanic rock that is appealing to rock collectors.

The site is split between public land and private property. Pay attention to signage throughout your hunt to avoid accidentally venturing onto the private mining claim. 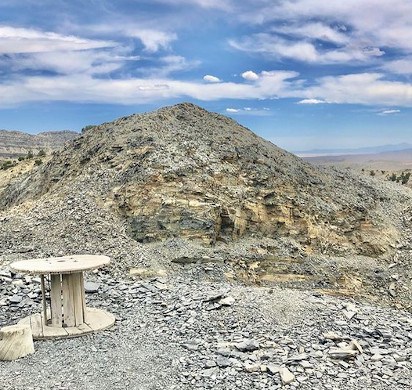 If you're searching for a way to introduce your children to the joys of rockhounding, then check out U-Dig Fossils. Located in the city of Delta, U-Dig Fossils is a pay to dig quarry which houses one of the state's largest collections of Trilobite fossils. For a small fee, you are free to dig across 40 acres of land. You'll get to keep whatever you find and the chances of you finding something on the site are high. U-Dig Fossils also has an online store so you can purchase trilobite fossils even if you can't make it to the Beehive State anytime soon.

Unlike the other entries on this list, Spanish Fork is not one specific site. Rather, it's an entire city. Located in Utah County, Spanish Fork has a population of approximately 40,900 people. Due to its comparatively small size, it's rarely at the top of anybody's vacation list. That is, of course, unless you're a rockhound.

Spanish Fork is famous for its high quantity of fossils, gems, and minerals. Throughout the city, valuable specimens can be found. This eliminates the need for venturing out into the wilderness and allows rockhounds to stay fairly central. Among the most commonly uncovered items in Spanish Fork are fossilized shells, sandstone, and marble. Many of these specimens can also be discovered at the canyon with which Spanish Fork shares its name, so you might want to consider visiting both during your time in Utah.

Many rockhounds prefer to work independently. While this is understandable, it's not recommended to those who are new to the hobby. If this is your first time rockhounding in Utah, then you should consider joining a club. There are plenty clubs throughout Utah and all will be more than happy to help you navigate the unique challenges of rockhounding in the state.

Utah is a great state for rockhounding. Across Utah, there are magnificent gems, minerals, and fossils to be found. The sites listed above are certainly some of the most fruitful in the state. However, there are many more locations in Utha where you can expect to make some impressive finds. As you grow more familiar with the state, we suggest seeking these sites out independently. A rockhounding clubs will no doubt help you in this endeavor.