Arizona is known for its canyons, deserts, and mountain ranges. Its landscapes make it a rock collector's paradise and there are plenty of productive rockhounding sites in the state. Arizona is so rich in specimens that it's often recommended as a training ground for rockhounding novices. In this article, we'll review the laws and the state's most productive sites.

The Date Creek Mountains are located in Arizona's Yavapai County. They have long been mined, hunted, and explored by treasure hunters. Even after centuries of extraction, it's possible to find sizable mineral specimens in the mountains to this day.

Rockhounds commonly report finding quartz crystal in the Date Creek Mountains. In fact, quartz crystal exists in such sizable amounts that it can often be found just lying on the ground. For larger pieces of quartz crystal, we suggest venturing below the surface. Dig deep enough and there's no telling what you'll find in the mountain's soil! Just remember to respect the land and refill any holes you create during your rockhounding adventure.

The Bear Hills have been known to produce large amounts of jasper. This isn't particularly surprising, given that jasper is the most abundant mineral in Arizona. What is impressive, however, is the extensive color varieties of jasper found in the Bear Hills. Unique patterns and color schemes give Bear Hills jasper a distinct identity. Find a few of these pieces and you can make your collection stand out.

Apache Tears Cave can be found in Pinal County. As its name suggests, the cave is an extremely active producer of Apache tears. Apache tears are sleek round stones that have been collected by Arizona rockhounds for decades. Black in color, they provide a nice juxtaposition to the more colorful stones that can be found in the state.

Because Apache Tears Cave is so fruitful, hobbyists are expected to pay to dig near the site. Nevertheless, many rockhounds believe that the fee is more than worth the thrill of finding one of these simple yet beautiful pebbles. 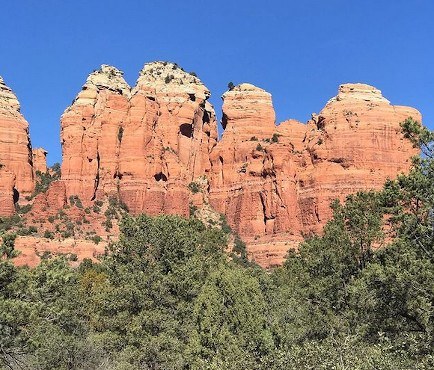 Arizona's Sugarloaf Mountain is not quite as famous as its Brazilian counterpart. But among rockhounds its popularity cannot be understated.

Sugarloaf Mountain is located in Maricopa County and is renowned for its production of geodes. Even novices can expect to discover geodes on the mountain without ever having to stray far beyond its base. Agate and other minerals have also been extracted from the mountain.

For the greatest chance of success, consider exploring one of the many abandoned mines scattered throughout the area. With a bit of luck, you may uncover some valuable specimens that alluded those who mined Sugarloaf Mountain a century ago.

Safety is particularly important when exploring Sugarloaf Mountain. Make sure to tell some friends where you're going and what time you expect to be back. Most importantly of all, never venture far beyond the entrance of a mine or cave. 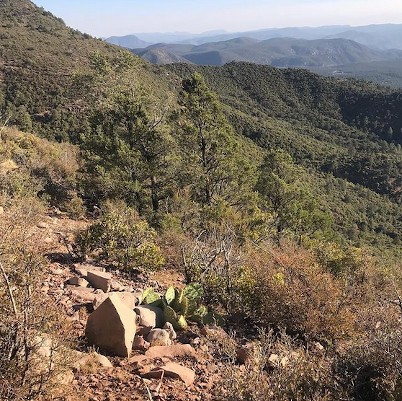 Additional specimens have also been found at the site, but they are more rare. If you're hoping to add something other than quartz crystal to your collection, then it may be wise to instead visit one of the site's listed above. But if you're a quartz crystal fanatic, then Diamond Point is a great spot for you.

Arizona has everything a rockhounding enthusiast could ask for. The state boasts plenty of desert space. This is complimented by an abundance of canyons, quarries, and mines. With so much rockhounding potential, it should come as no surprise that newcomers to the hobby regularly report making their first discovery in the state. But Arizona isn't just a state for novice rockhounds. Even veterans visit the locations above on a regular basis. Regardless of your level of experience, rockhounding in Arizona can be extremely rewarding.