Colorado is one of the best states in America for rockhounding. But before you set off for the Centennial State, there are a few things you'll need to familiarize yourself with. These include Colorado's rockhounding rules and regulations, as well as the state's best locations and the best times to visit them. We're going to be covering all of these aspects in our article.

If you want to rockhound without collection limits, then we suggest taking your search to private property. If you don't own any private property yourself, then consider reaching out to somebody who does. If you are respectful and polite, then they'll likely allow you to explore their property. Remember to get the landowner's approval in writing, along with an agreement as to how any extracted minerals will be divided.

Colorado can get very cold during the winter months. By contrast, Colorado's summer months can be quite hot.

Colorado experiences its best rockhounding weather in late summer and early fall. During these months the weather is warm and dry without being overwhelming. These months also provide long hours of sunlight. 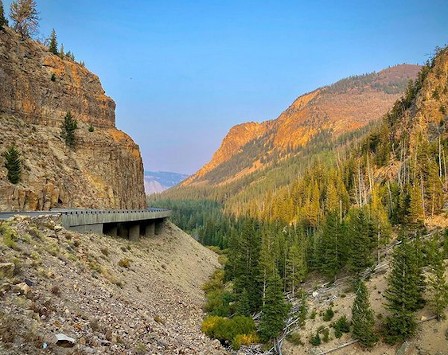 Not far from Colorado's famed Golden Gate Canyon State Park lies the canyon from which it takes its name. Golden Gate Canyon is rich in common minerals such as mica and feldspar. However, it's best known among rockhounding enthusiasts for its high amounts of black tourmaline. This is a type of crystal characterized by its shining black exterior. 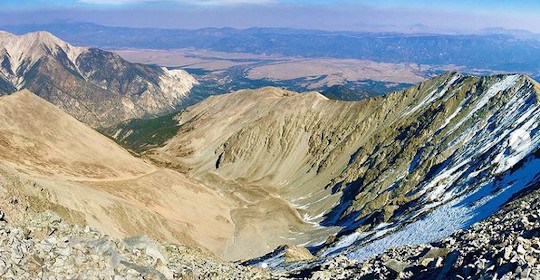 Mount Antero holds the distinction of being one of the highest points in all of Colorado. It stands at a staggering 14,276 feet! Thankfully, rockhounding enthusiasts don't have to climb that high to make some interesting finds. Mount Antero is so rich in valuable minerals that you can expect success just a couple of feet from the mountain's base. The most commonly reported minerals at Mount Antero include phenakite, aquamarine, and quartz.

As its name suggests, Florissant Fossil Quarry is home to fossils. Over the years, rockhounding enthusiasts have reported uncovering fossils spanning more than 1,700 species of plants and animals.

Florissant Fossil Quarry is privately owned. This means that those hoping to visit will have to do so during set hours. The quarry's opening hours vary depending on the time of year, but it's generally open from 10 am to 5 pm during the summer months.

The South Platte River is one of Colorado's most popular sites for gold prospecting. The earliest discovery of gold in the river dates all the way back to 1859. This river is also popular amongst rockhounding enthusiasts.

Throughout the river, people have uncovered valuable minerals. The middle fork of the river has proven particularly fruitful. It can be easily accessed through the town of Fairplay. Fairplay is situated in Park County which has been known to turn up a few interesting minerals itself.

If you're a fan of rockhounding then Colorado should be at the top of your list of states to visit. Fascinating minerals can be found throughout the state's rivers, mountains, cities, and towns. Unlike gold, these minerals exist in abundance. This means even those who are new to the hobby can expect to leave the state with their first discoveries.