Idaho is nicknamed The Gem State. The state's nickname alone should be enough to excite any rock collector. Idaho is more than worthy of being called The Gem State as beautiful gems and minerals can be found all over the state.

Hobbyist rockhounds are forbidden from using anything other than small, handheld tools on many of Idaho's rockhounding sites.

Rockhounds are expected to respect the land they are searching on. As such, they are required to refill any holes they make during their search. Littering is, of course, forbidden and carries a possible fine of $1,000. Collecting is discouraged in areas that have high wildlife populations. It's also frowned upon in crowded spaces. This is why we suggest rockhounding on beaches in the early morning.

Rockhounding is permitted on almost all of Idaho's public land. However, there are some public sites on which the activity faces additional restrictions or is forbidden entirely. For this reason, you should contact the governing body of any site you plan to visit to ensure that you won't be violating any laws. 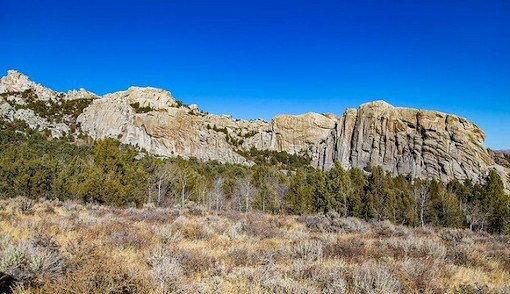 Just as Idaho is appropriately referred to as The Gem State, this Cassia County national reserve is named The City of Rocks. As its name suggests, the City of Rocks boasts a magnificent landscape that is made up of gigantic rock formations. These formations are largely composed of granite. Unsurprisingly, this means that granite is the most commonly uncovered rock in the reserve.

Rocks National Reserve rests right on the Utah border. For this reason, we also encourage rockhounds based in Utah to visit whenever they have the opportunity.

Idaho is renowned among rockhounds for its high quality garnets. Impeccable garnets are regularly discovered throughout the state. They are particularly common in the Shoshone County town of Idaho. This inspired the establishment of the Emerald Creek Garnet Area. This is a commercial rockhounding site primarily dedicated to garnet discovery. The gravel on the site has been deliberately cultivated due to its large garnet content. Meanwhile, two on-site sluice boxes expedite the hunt and virtually guarantee success. 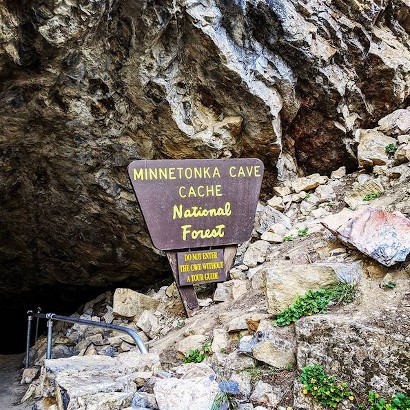 Minnetonka Cave rests within the Caribou-Targhee National Forest. The forest is, in its own right, a regular producer of valuable specimens. However, Minnetonka Cave holds particular allure for rockhounds. Much of the cave's popularity stems from the variety of discoveries which have been made inside of it. Over the years, rockhounds have reported finding stalagmites, helictites, and stalactites in Minnetonka Cave. It's also not uncommon to uncover fossils at the site. The cave's walls are practically lined with brachiopods, horned coral, bryozoans, and more!

The tips listed below can help you achieve more success.

Idaho is more than deserving of its status as the Gem State. For decades, it has presented rockhounds of all levels with ample opportunities to find rocks. Idaho also offers a variety of different specimens to uncover. From minerals to fossils, this state has everything a rockhound could ask for. With such vast variety, Idaho is a great place to visit if you're looking to significantly expand your collection in a single hunt.