The American Northwest is beloved by rockhounds of all levels. Across the region, there are states that contain valuable gems and minerals. Few of these states have proven better for rockhounding than Montana.

As far back as 150 years ago, treasure hunters ventured to Montana in the hopes of uncovering gold, silver, and other riches within its soil. Many of them proved successful. In fact, the contemporary counterparts of these 19th-century prospectors continue to enjoy success in Montana. Rockhounds who visit the state usually find success. Of course, some are more successful than others. To be among the most accomplished Montana rockhounds, you should focus your search on the state's most historically fruitful sites. We'll be looking at these sites in this article. We'll also review the laws which govern rockhounding across the state.

Unlike many other states, Montana does not require a permit for rockhounding on national forest property. That is, of course, providing you don't cause any major disturbance to the land. Use of a sluice box and similar equipment must be authorized in advance. If you do disturb the earth during your hunt then you are obligated to return it to its earlier condition.

Yellowstone National Park is a favorite of rockhounds across multiple states. The park is primarily located in Wyoming. However, parts of it are located in Montana. In Montana you can access Yellowstone National Park via Gallatin and Park Counties. Once inside, you can expect to find a variety of gems and minerals. Among the most frequently discovered specimens are quartz, granite, and feldspar. You can also find fossils here, though the collection of fossils is largely forbidden.

There is one downside of rockhounding in Yellowstone National Park. For many, it's a major downside. This is the fact that it's illegal to claim the park's rocks as your own. While you can certainly hunt them, hold them, observe them, and take pictures of them, you are forbidden from taking any discoveries home with you. Many rockhounds believe this defeats the purpose of the activity. However, it's still a great way to familiarize yourself with the different types of rocks. A visit to Yellowstone National Park will help you expand your knowledge of the state's rocks. This will make it easier for you to identify them when you find them in an area which permits collection. 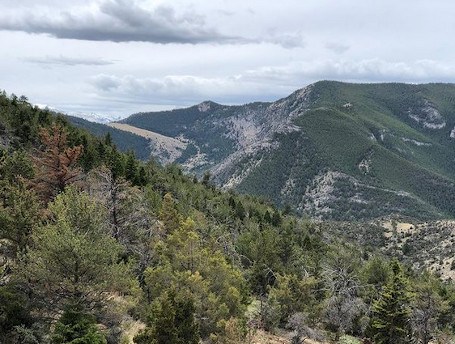 Lewis and Clark Caverns State Park holds the distinction of being Montana's very first state park. The park takes its name from its caverns, which are lined with limestone. But limestone isn't the only rock you can expect to find in the park. In the caverns alone, an attentive rockhound can expect to uncover stalagmites, stalactites, helictites, and more. Expand your search to the rest of the park and the variety of gems and minerals increases.

We often recommend Lewis and Clark Caverns State Park to those hoping to go rockhounding during a family vacation. This is because the park offers a plethora of activities to keep your family busy. While you indulge in the thrill of the hunt, the rest of your family can enjoy mountain biking, hiking, and picnicking. There are even multiple playgrounds located throughout the park to keep younger visitors entertained.

If you want to introduce your children to the joys of rockhounding, then Gem Mountain Sapphire Mines is the place to take them. The mines are situated not far from Phillipsburg, Montana and boast gravel that is practically loaded with sapphires. Visitors are expected to pay a fee to rockhound on the site. However, many inexperienced rockhounds would say that the price is more than worth the thrill of finding their first sapphire.

Glacier National Park sprawls across Flathead and Glacier counties. Its 1,012,837 acres are home to more than 200 species of animals, 1,000 species of plants, and a variety of different gems and minerals.

Limestone, agates, and quartz can be found in the park. Fossils are also common here. In fact, some of the oldest fossils in the world have been discovered at the park. 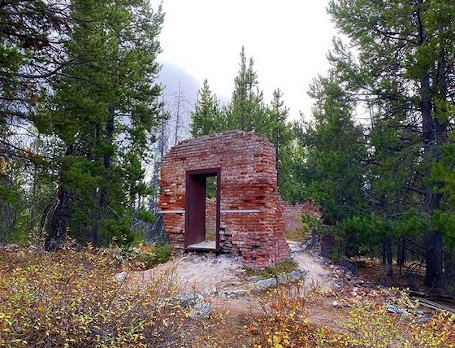 Ghost towns are always a hit among treasure hunters. They don't always prove as fruitful for rockhounds, but there are a few American ghost towns which are known to contain beautiful gems and minerals. The Montana ghost town of Granite is one of them.

In the late 1800s, Granite was a booming mining town. Tragically, the decline of the silver industry resulted in the closure of many of the town's mines. This eventually led to the destruction of the town itself. Today, the remains of the town lie within the Granite Ghost Town State Park. This park offers a fascinating insight into life in 19th-century Montana. Items belonging to Granite's past inhabitants lie scattered throughout the park and beneath its soil. These artifacts are complemented by stunning gems and minerals that would make a great addition to any collection.

Montana is an attractive state for rockhounds owing to its relatively lax laws. But, as we've seen above, the state has much more going for it than a simple lack of restrictions. Throughout Montana there are fruitful rockhounding sites. Visit any one of them and you'll likely find gems and minerals to add to your collection.