New Mexico is a good state for rockhounding. Despite having been mined extensively, New Mexico remains extremely fruitful. Rockhounding enthusiasts regularly make large discoveries in the state. Many of these finds take place in the desert, which stretches across much of New Mexico. As you will see below, it's also possible to find minerals without straying too far from the state's major cities.

In this article we'll review the best sites for rockhounding in New Mexico. We'll also examine the state's rockhounding laws to keep you out of trouble throughout your hunt. Read on for everything you need to know about rockhounding in the Land of Enchantment.

State parks will have their own rules for rockhounding. Before rockhounding in a New Mexico state park you should check with the local authorities. Rockhounding in national parks is prohibited. 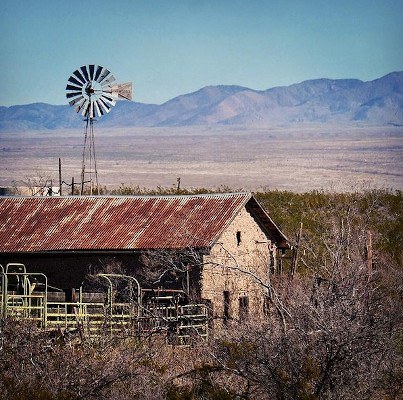 Shakespeare is a ghost town located in Hidalgo County, New Mexico. Like many American ghost towns, Shakespeare built its entire economy on mining. For a while, the town enjoyed success. As mining increased, so did its population. The town continued to expand until the 1920s when its mining industry collapsed.

Shakespeare is now a shell of its former self but it still holds great allure for treasure hunters. Rockhounds regularly visit the remains of the town. Many report uncovering valuable minerals, particularly in the areas around its defunct mines. Among the most common discoveries are malachite, chrysocolla, and azurite. It's important to keep in mind that a lot of land in Shakespeare rests on private property. Make sure to contact the landowner before searching on private property.

Like Shakespeare, Desert Rose Mine is located on private property. Thankfully, anybody can obtain permission to rockhound on the site by paying a small digger's fee. Many veteran rockhounds balk at the idea of paying to dig, no matter how small the fee is. But in our opinion the potential rewards are more than worth the price of digging at Desert Rose Mine.

Calcite exists in abundance in the area surrounding the mine. Large quantities of fluorite and quartz are also present. Because Desert Rose Mine boasts so many minerals in such high quantities, we often recommend the site to rockhounding novices. However, experienced collectors should also consider visiting the mine. 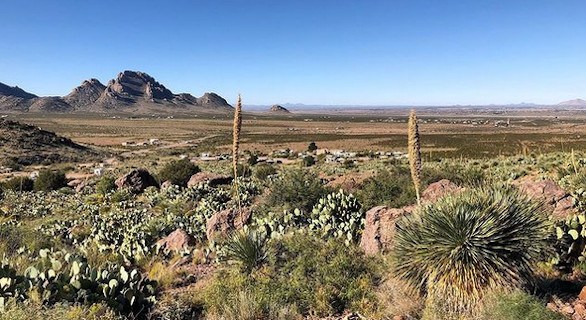 Located in Luna County, Rockhound State Park actively encourages rock collecting within its grounds. On top of that, it allows rockhounds to keep the minerals they uncover. Park officials even make a conscious effort to guide visitors towards the most active portions of the park. This, of course, has made it an extremely popular destination among those who are new to rockhounding. If you are a veteran rockhound then there are also plenty of more isolated parts of the park. These remote areas will give you the challenge you're looking for. If you're successful in your hunt, then you can leave Rockhound State Park with quartz crystals, agates, and opals.

If you want to add something truly unique to your rock collection then you should consider visiting Glorieta Pass.

Glorieta Pass is located in Santa Fe County and it runs through the Sangre de Cristo Mountains. The site is an active producer of a number of minerals. However, it's most noteworthy for its meteorites. Yes, you read that right. Meteorites! Glorieta Pass is the number one spot in New Mexico for meteorite extraction. But be warned- finding meteorites here isn't always easy. You're going to need a good metal detector and a whole lot of experience if you want any shot at success. Of course, the thrill you get when you finally uncover a meteorite at Glorieta Pass makes the hard work all worthwhile.

If you haven't been out rockhounding in the state before then we suggest joining a rockhounding club. There are clubs throughout the state of New Mexico. All are welcoming and all will be more than happy to assist you. Among the clubs you should consider reaching out to are the Albuquerque Gem & Mineral Club and the Deming Gem & Mineral Society.

New Mexico is more than deserving of its nickname "The Land of Enchantment". It has everything you could ever want, whether you're a fan of nature, culture, or history. Rockhounding blends these three elements together. As such, it should come as no surprise that the state is so popular among rock collectors. Magnificent gems and minerals can be found throughout New Mexico's towns, cities, and wilderness. The locations listed above are particularly fruitful and they should be among the first places you visit.