California is a popular state for rockhounding. The state is known to hold a variety of gems and minerals, all of which would make a great addition to any rock collection.

Because California is so popular among rock collectors, you may find yourself competing with other enthusiasts for big finds. Thankfully, even a total rockhounding novice has a shot at success in California if they know where to go. Below, we'll outline everything you need to know about rockhounding in California. This includes the state's rockhounding laws, the best times of year to enjoy the hobby, and the state's most productive sites.

Rockhounding is prohibited at national parks. The activity is legal at California state parks but these parks have their own rules.

At a California state park you cannot collect more than 15 pounds of mineralogical material in one day. In addition, the use of tools is almost entirely off limits. The only tool that is permitted for use is a simple gold pan. Likewise, collectors are forbidden from utilizing their discoveries for monetary gain. Any mineralogical material you uncover must be kept for personal use and may not be sold for profit.

California is known for its perpetually sunny climate. As such, many novices make the mistake of assuming they can go rockhounding in the state all year round. While you can certainly visit during the summer months, it's not always the best time to do so. This is because California's summer temperatures can be overwhelming. The heat becomes even harsher in desert areas, where many of California's most popular rockhounding sites are located. Attempt a long rockhounding session in these conditions and you put yourself at risk of dehydration and heat stroke.

The winter months provide the perfect opportunity for rockhounding in California. Although the sun remains in the sky and the climate is dry, the temperatures fall considerably. This creates the ideal environment for rockhounding.

The six spots listed below will give you the best chances for success.

Field Road has long been a favorite site among California rock collectors. For decades, it has been explored by rockhounding enthusiasts, all in pursuit of a big discovery. As a consequence of its popularity over the years, Field Road no longer has much to offer in the way of sizable specimens. However, it remains loaded with smaller pieces that are sure to delight any collector.

Jasper and agate rocks are the most common finds at Field Road. Of course, they are far from the only pieces to be found. The only way to really know for sure what specimens the area has to offer is to explore it yourself!

If you're a prospecting enthusiast then you've likely heard of the Alvord Mountains. These mountains were once home to the aptly-named Alvord Gold Mine. Sizable pieces of gold were regularly extracted from the mine. Some lucky treasure hunters even report finding gold near its ruins to this day.

We highly suggest visiting the Alvord Mountains even if gold is of no interest to you. This is because the mountains are also known to be home to a variety of additional specimens. These specimens include chrysocolla, chalcedony, petrified wood, and more. On top of this, the Alvord Mountains offer spectacular views of the California wilderness so your trip won't be wasted even if you leave empty-handed. 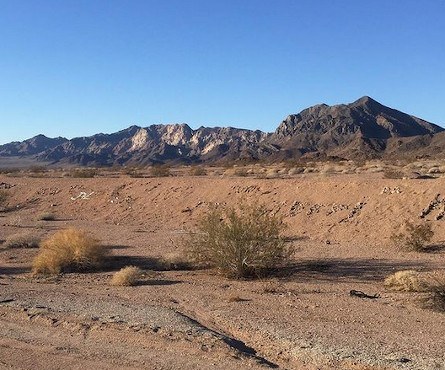 What treasure hunter doesn't love a good ghost town? California is loaded with abandoned towns, all of which provide ample opportunity for treasure hunting. The town of Chambless is one of the best ghost towns for rockhounding.

There are valuable specimens to be found throughout Chambless. Perhaps the most noteworthy of these specimens is trilobite. This is a marine rock that has existed for millions of years and is in scarce supply in many other areas of California.

Two additional fruitful sites rest just on the outskirts of Chambless. They are the Marble Mountains and a defunct quarry. Rock collectors have reported finding hematite, garnets, fossils, and more at these locations.

If you have an interest in fossils, then Ant Hill is the place to go. One of California's most active fossil sites, Ant Hill is known to have shark tooth fossils. Additional fossils have also been uncovered at the site, some of which were found by rockhounding novices. For those looking for more traditional specimens, Ant Hill also has a degree of appeal. Common rock types have been found in abundance at the site, making it a great spot to start your rockhounding hobby. 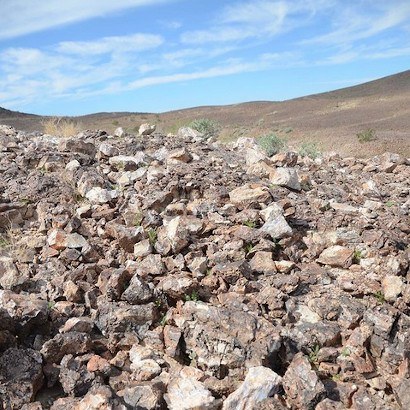 Wiley's Well rests deep in California's Colorado Desert. It's a popular site among tourists, but it's even more beloved by rock collecting enthusiasts.

The well's popularity as a rockhounding site dates back to the 1930s. It was during this time that geode beds were discovered nearby. This was followed by the discovery of other valuable specimens such as chalcedony, quartz, and jasper. Wiley's Well is so fruitful that it continues producing these rocks in large quantities almost a century after it was first visited by rockhounds. Like Ant Hill, the abundance of rocks at Wiley's Well makes it one of the top sites to visit for novice rockhounds.

Much of Clear Creek rests on private property. Some people may see this as a disadvantage. But in our opinion it's nothing but a positive. When you rockhound on private property, you are not subjected to the laws which govern the activity in public spaces. This means you can extract as much as you wish, using whatever tools you wish. Of course, you must obtain the property owner's permission beforehand. If you can find a Clear Creek resident willing to let you rockhound on their property then you have a real shot at uncovering specifmens such as cinnabar, quartz, and jadeite.

California is one of the most popular states for rockhounding and it's easy to see why. Active sites can be found all over the state. The vast majority of these sites produce different types of rock in high quantities. This variety ensures rockhounding in California remains interesting and exciting. Even a longtime rockhounding veteran can expect to make a few new discoveries while sharpening their skills in the Golden State.