Wisconsin is often overlooked by metal detecting enthusiasts. Ironically, it's this lack of popularity that makes Wisconsin a great spot for metal detecting. Because its ground has been largely ignored, it contains plenty of treasure for you to find. Best of all, you won't have to contend with other treasure hunters for the popular metal detecting spots.

In this article, we'll first review Wisconsin's metal detecting laws. We'll also review some of the state's prime spots for treasure hunting. With the help of our guide, you can make Wisconsin just as productive as its more popular counterparts.

Metal detecting in Wisconsin is regulated by the Archeological Resources Protection Act. The ARPA is a federal law regulating metal detecting all across America. Its aim is to preserve items of historical and cultural significance. This law prohibits the removal of man-made objects more than 100 years of age from public ground.

Because Wisconsin isn't visited by many treasure hunters, its metal detecting laws can seem a little confusing at first. But they're fairly easy to navigate once you're used to them.

In Wisconsin, metal detecting is forbidden on state-owned land. State parks and national parks are often off limits. However, there are some exceptions to the rule. Before metal detecting in a Wisconsin park, contact the relevant authorities to ensure that it's okay to do so. If you don't get permission then we suggest looking for somewhere else to indulge in the hobby.

You should also receive permission before digging on public land. If your dig turns up an item of archaeological significance, then you are expected to hand it over to state historians. Meanwhile, any artifact that appears more than 100 years in age should not be touched at all. 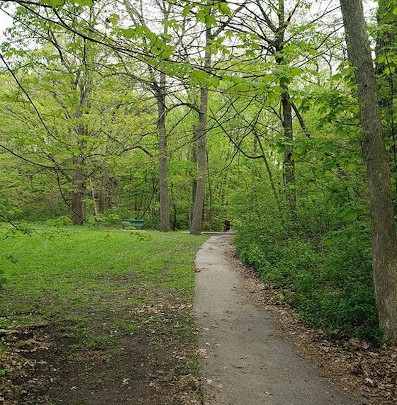 If you're visiting Wisconsin as part of a family vacation, then be sure to visit Jacobus Park. With a play area, wading pool, and practice field, there's no shortage of activities to keep your family busy while you go metal detecting.

There is also no shortage of places in Jacobus Park to use your metal detector. There are many walking trails in the park and items can be found near these trails. Relics from Native American tribes have been uncovered on the park's land. Treasure hunters have also reported stumbling upon items lost by more recent visitors, such as rings and watches.

Not far removed from the park is the Menominee River. This river is a productive site in its own right. If you can get your hands on an underwater metal detector, then we recommend searching the river bed.

As its name suggests, Minersville was founded by miners in the 19th century. Many laborers came to the area to work the Dodgeville Mine, which was particularly active during the 1840s.

Minersville grew to become a legitimate town with saloons, stores, post offices, and more. However, its economy remained almost entirely dependent on the Dodgeville Mine. Minersville suffered a swift demise when the mine ceased productivity.

Today Minersville is one of many ghost towns in Wisconsin. While Dodgeville Mine isn't the literal goldmine that it once was, Minersville soil is extremely promising for metal detecting. Treasure hunters have reported finding jewelry, kitchen utensils, and mining equipment from the town's heyday. But if you're looking to find gold, then there are better places for finding gold in Wisconsin.

For a ghost town, Kaiser is relatively young. The town was founded in 1901 and saw a population boom in 1905. A saw mill continued to bring people to the town throughout the first half of the 20th century. Tragically, Kaiser became another example of the risk of basing your entire economy on a single industry. When the mill shut down, so did the town.

Today, very little remains of Kaiser. That is, at least, above ground. Beneath the land on which Kaiser once stood lie items from the town's glory days. Reminders of its brief but prosperous existence are regularly unearthed by metal detector hobbyists. 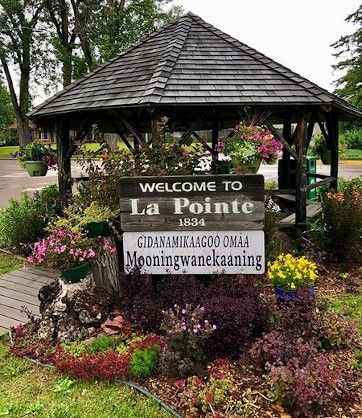 La Pointe is not a ghost town. In fact, it's not even technically a town at all. Officially, it's an "unincorporated community". Nevertheless, it's home to about 250 people and a whole lot of history.

The land which La Pointe is built upon was once a trading post established by 17th-century French settlers. Native American traders also operated in the area. Today, relics from both these French and Native American merchants can be found in La Pointe's soil.

La Pointe relies heavily on tourism. This fact, combined with its extensive history, makes it a great spot for metal detecting. If you fail to uncover an artifact of true archeological importance, then you can still potentially find items misplaced by La Pointe's tourists. You should, of course, try to return these items to their rightful owners. Lost and found collections operate throughout the town to help well-meaning metal detector hobbyists in this effort.

For veterans of the art, the Badger State poses an exciting challenge. Will you be able to uncover the ghost town gold its 19th-century miners tried so desperately to find? Whatever treasure hunting fantasy you have, Wisconsin can help you fulfill it.