Illinois, and Chicago in particular, is a great place for urban treasure hunting. With a metal detector you can find watches, rings, and other contemporary pieces of jewelry left behind by tourists. Meanwhile, centuries-old relics from Native Americans have been unearthed throughout the state.

In this article, we'll guide you towards the most promising spots for metal detecting in Illinois. These spots include state parks, a lighthouse, and even a castle! We'll also give you tips to keep you on the right side of the law when metal detecting.

Metal detecting in Illinois is regulated by the Archeological Resources Protection Act. The ARPA is a federal law regulating metal detecting all across America. Its aim is to preserve items of historical and cultural significance. This law prohibits the removal of man-made objects more than 100 years of age from public ground.

Some states have extremely complex metal detecting laws. Thankfully, Illinois is not one of them. However you should still make an effort to familiarize yourself with its rules and regulations.

As a treasure hunter you are limited to using small handheld tools, such as knives and ice picks, to dislodge your discoveries. You are also expected to return the earth to its prior condition before leaving the site. 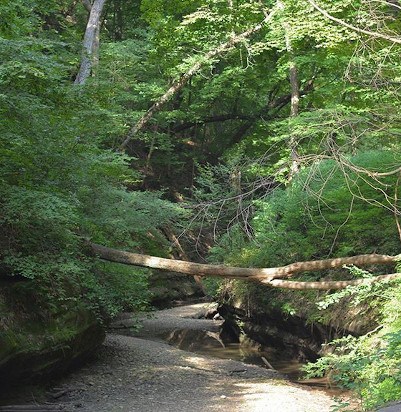 Starved Rock State Park is one of Illinois' state parks in which metal detecting is permitted. Historically, the area has proven immensely fruitful for metal detector hobbyists.

The park was built upon land that was once home to the Kaskaskia tribe. They resided here for hundreds of years and their tools and weapons are still sometimes discovered in the park's earth. Similarly, relics from 17th-century European settlers can be found on the land.

The area around Starved Rock State Park became popular as a vacation destination in the 1800s. To this day, it continues to attract millions of visitors a year. So even if you don't discover Native American or European artifacts, there are 200 years worth of tourists' possessions for you to potentially dig up. 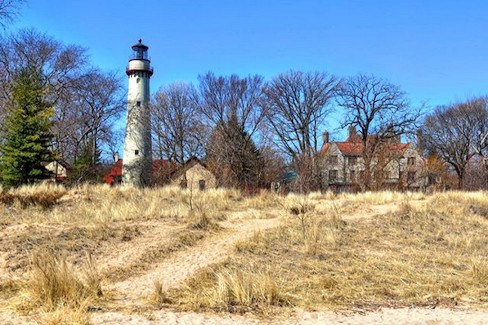 Grosse Point Lighthouse was constructed all the way back in 1873. Unlike many lighthouses from that period, it remains active to this day.

Multiple legends surround this lighthouse. For example, it's said that this lighthouse was built upon the site on which Father Jacques Marquette docked in 1674. There is no concrete evidence to prove this. However, some metal detector hobbyists have unearthed relics from that period which they believe add credence to the claims. Other metal detector hobbyists have uncovered items from Native American tribes, European travelers, and the many lighthouse keepers who have called the tower home.

These days, Grosse Point Lighthouse doubles as a maritime museum. Each year, sailing buffs flock to the lighthouse to tour its tower and view the relics of its heyday. Unsurprisingly, this means treasure hunters often uncover items misplaced by visiting tourists. You are encouraged to make an effort to return such discoveries to their original owners. If the original owners cannot be tracked down, then the find is yours to keep.

Hartford Castle sits just outside the Illinois village of Hartford. This castle was first built in 1897 by Benjamin Biszant. A French immigrant, Biszant who poured his fortune into creating the 14-room mansion as a wedding present for his beloved bride. Under Biszant's ownership, Hartford Castle was the site of many extravagant parties. It would later be converted into a military school before becoming a speakeasy during Prohibition.

Today, the castle lies empty. In its decaying state, it has become a popular spot for urban explorers and treasure hunters alike. With your metal detector in hand, you can potentially uncover artifacts from some of the most crucial points in American history. Perhaps you'll find some tools used to build the castle all the way back in the 19th century. It's possible that you'll find items left behind by the drunken guests of one of Biszant's decadent parties. You may even discover items lost by one of the equally drunken revelers who frequented the castle during its time as a speakeasy.

In some states, metal detecting is very much limited to parks and forests. That cannot be said of Illinois. The Land of Lincoln is one of the most versatile areas for treasure hunting in America. It boasts numerous locations on which metal detector hobbyists can search, each one different from the last.

Whether your interest is piqued by a lighthouse or a castle, you can be certain of a fun day's treasure hunting in Illinois. With the right combination of equipment and determination, you have a good chance of a few interesting finds as well!