If you're a fan of Native American history, then Iowa is the place for you. This popular treasure hunting destination holds the distinction of being home to Native American tribes longer than almost any other state in America. The region remained occupied by Native Americans right up to the 1800s. Their relics are regularly discovered in the Iowa soil.

Iowa also has a lot to offer contemporary history buffs. Artifacts from European settlers and 20th-century residents have been discovered across the state. Meanwhile, you can expect to find items accidentally left behind by Iowa residents.

For the best chances of success, you should focus your metal detecting on the sites that have yielded good finds in the past. We'll review a number of such sites in this article as well as Iowa's metal detecting laws and its treasure hunting legends.

Metal detecting in Iowa is regulated by the Archeological Resources Protection Act. The ARPA is a federal law regulating metal detecting all across America. Its aim is to preserve items of historical and cultural significance. This law prohibits the removal of man-made objects more than 100 years of age from public ground.

Iowa's metal detecting laws can be quite strict. At first glance, they can seem a little daunting to wrap your head around. The good news is that they are fairly easy to navigate once you're familiar with them.

The most important aspect to remember about metal detecting in Iowa is that national parks and monuments are off-limits. This also goes for recreational areas and lands owned by the Bureau of Reclamation.

A permit is not required for metal detecting on state lands. However, a permit is necessary for digging on them. If you're hoping to unearth some buried treasure (and who isn't?) then be sure to obtain the proper paperwork beforehand.

Fayette County is home to the Volga River. This river runs for 80 miles and is extremely popular among gold panners. However, metal detector hobbyists can also expect success in the area.

The shores of the Volga River have proven fruitful over the years. Gold that washed up from the river or was left behind by clumsy prospectors has been discovered lying in the shore's dirt. For the best chances of success you're going to have to venture into the river itself. With the right equipment, underwater metal detecting can lead to some very interesting finds in Fayette County. 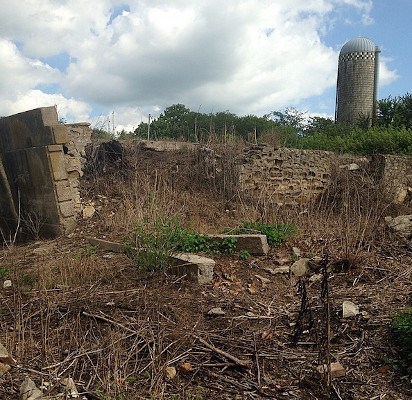 Iowa is home to a large number of ghost towns. Each of these ghost towns provides ample opportunity for metal detecting, but perhaps no more so than Buxton. A coal mining town founded in 1888, Buxton enjoyed a brief period of prosperity. At its peak, it boasted 5,000 residents, along with a school, a post office, and all the other amenities typical of a town at that time. It even had its own opera house.

As mining declined in the area, so did the town. Today, it lies empty along the Bluff Creek. Urban explorers regularly visit Buxton to explore its remains. Similarly, it has become a big hit among metal detector enthusiasts. With your metal detector in hand, you can potentially find items left behind by the town's founders. These items can include: kitchenware, jewelry, and, of course, mining tools. 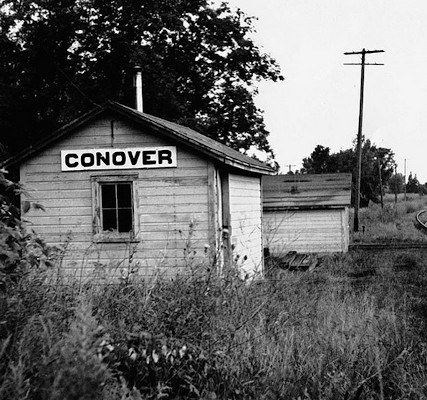 Conover is another one of Iowa's ghost towns. When it was first established in 1864, it seemed to have a bright future. The settlement evolved quickly and by 1869 it was home to thousands of residents, as well as multiple salons and stores. Tragically, that same year a fire broke out and destroyed the town. Although some residents stayed behind, most moved out, meaning the writing was on the wall for Conover. Not long after the fire, the town was completely abandoned.

Today, all that remains of Conover are the few buildings that weren't entirely destroyed by the fire of 1869. But metal detecting in the town can still be rewarding. Metal detector hobbyists have reported discovering relics from Conover's heyday in its soil. Items showing damage from the tragic blaze have also been uncovered.

If you want to set your sights high, then you can try to find some of the lost treasure described below.

Davenport is an oft-overlooked city in eastern Iowa. The city isn't far removed from Buffalo and it's somewhere between the two that a great bounty is said to lie hidden.

According to legend, bandits made off with $50,000 worth of gold following a train robbery. They buried their fortune next to a creek near the railroad tracks with the intention of returning to claim it once the heat had died down. For whatever reason, they never made it back to the burial spot. To this day their riches are said to lie in the Iowa soil just waiting to be uncovered.

The crime spree of Bonnie and Clyde is legendary. During their time on the run, the pair committed a string of robberies and often made off with high quantities of cash. There are numerous tales about treasure buried by Bonnie and Clyde. One such story says that they buried $4,000 in Iowa's Dallas County. Not much is known about the exact location of the bounty. However, some say it lies 3 miles north of the city of Dexter. Others claim the pair buried their loot near the Raccoon River. Put these details together and you can plan out a nice area for a day's metal detecting.

Bonnie and Clyde aren't the only infamous outlaws said to have buried treasure in Iowa. According to legend, Jesse James himself stashed some of his ill-gotten gains in Iowa's soil. Specifically, he is said to have buried $35,000 worth of gold coins on a farm near the city of Council Bluff. This is a particularly alluring legend as farmland is not governed by many of Iowa's metal detecting laws. If you can get a farmer to give you permission to use your metal detector on their land, then you could potentially uncover James' buried treasure.

Although Iowa's laws are strict, opportunities for metal detecting are not hard to come by in the state. Its high concentration of private property means treasure hunters can easily free themselves from the laws of metal detecting on state lands. Once you find an agreeable landowner, you can search for Native American artifacts, Jesse James' gold, or whatever other treasure appeals to you.