Pennsylvania is one of the best states in the country for metal detecting. Many interesting items have been uncovered in the state's soil. These items include: Civil War relics such as buttons and badges, Native American artifacts, and modern jewelry.

In this article, we'll review the most productive spots throughout the state. We'll also review the federal and state metal detecting laws.

Metal detecting in Pennsylvania is regulated by the Archeological Resources Protection Act. The ARPA is a federal law regulating metal detecting all across America. Its aim is to preserve items of historical and cultural significance. This law prohibits the removal of man-made objects more than 100 years of age from public ground.

Metal detecting on the state's lakes and rivers is a little complicated. You are free to use your metal detector on the shore of any body of water between just after Labor Day and just before Memorial Day. Outside of this period, it's up to the governing bodies of each lake or river to determine if metal detecting is allowed on its shores.

Metal detecting on public property is restricted to the hours between sunrise and sunset. For this reason, many treasure hunters plan their trips to Pennsylvania for the summer months when the days are at their longest.

The state of Pennsylvania has long been rumored to house buried treasure from the Civil War. According to legend, 26 gold bars lie hidden in the northwest region of the state. They were supposedly buried by Union soldiers in the lead up to the Battle of Gettysburg.

For a long time, the story of Pennsylvania's Civil War treasure was brushed off as a myth. But in 2018 something interesting happened. In March of that year, the FBI conducted a search for the gold. Although agents claim to have found nothing, the fact that the FBI was interested at all convinced many treasure hunters that there must be credence to the claims.

Today, metal detector hobbyists travel from all over America to find Pennsylvania's famous buried treasure. This is part of what makes Pennsylvania such an appealing state for treasure hunting.

If you plan to go in search of the gold treasure that eluded the FBI, then visit Elk County. Not much is known about the location of the legendary gold, other than that it lies somewhere in the northwest region of the state. Most people, including the FBI, have taken this to mean Elk County.

Elk County certainly fits the description for the location of the gold. Still, an exact spot has never been suggested. Some have tried Elk State Forest. Covering a whopping 200,000 acres, the forest certainly has plenty of room for buried treasure. But you also might want to try your luck in the often overlooked spots. Winslow Hill, for example, has turned up a few interesting finds in the past. Parker Dam State Park is also promising.

Even if you don't uncover the long lost gold treasure, you could still potentially make a few discoveries in Elk County. Metal detector hobbyists often report finding rings and watches left by tourists. We have even heard tales about treasure hunters finding equipment left behind by other metal detector hobbyists. 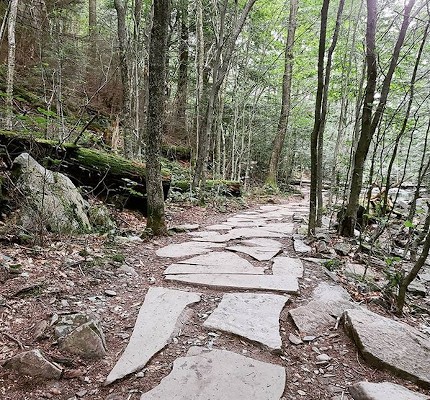 If you're a fan of Native American history, then Ricketts Glen State Park is a must visit location. The land on which the park is built upon was home to indigenous tribes that inhabited the area thousands of years ago. Some incredible relics belonging to these early inhabitants have been found on park grounds. Treasure hunters have reported uncovering pipes, weapons, and tools.

Artifacts from later inhabitants have also been discovered at Ricketts Glen State Park. These artifacts include coins, buttons, and other items brought over by European travelers.

Not all finds at Ricketts Glen State Park date back hundreds of years. Metal detector hobbyists often uncover money and pieces of jewelry left behind by forgetful park visitors. If you uncover such an item then you are asked to hand it in to the park's Lost and Found program. 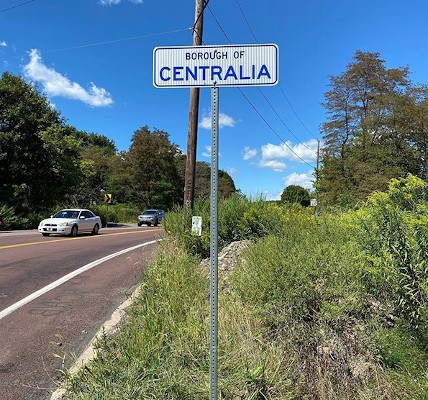 There are ghost towns all over Pennsylvania. Each ghost town would make a great spot for a day of metal detecting. Centralia in particular is a great spot. Perhaps the state's best known ghost town, Centralia was settled in 1841. As it expanded the town built a post office, a railroad, and multiple mines.

Mining quickly became the backbone of Centralia. Sadly, as towns across America would soon learn, mining is not always a firm foundation for an economy. Several mines eventually failed, driving many Centralia residents elsewhere. Coal from an active mine caught fire in 1962. The ensuing blaze destroyed most of the town.

Today, less than one dozen residents remain in Centralia. They live in the town, surrounded by overgrowth and abandoned buildings, with the special permission of state officials. Most of these residents are extremely passionate about their town and its history. They are welcoming to respectful treasure hunters and may even permit metal detecting on their private property. This is advantageous as you won't have to adhere to the laws that govern metal detecting on public land. 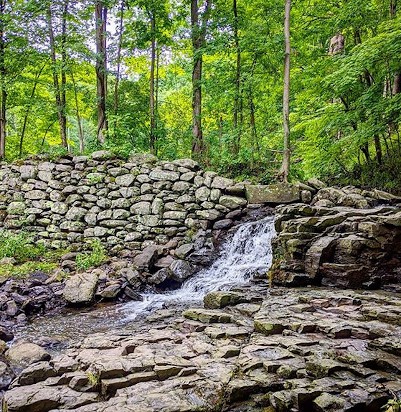 If you're planning to spend a few days in Pennsylvania, then you should consider staying in Nockamixon State Park. The 5,283-acre park is home to The Weisel Hostel. Book a bed there and you'll have one of the state's most popular metal detecting destinations right on your doorstep. There are also log cabins available for rent on park grounds.

Nockamixon State Park is a popular tourist attraction. This means you can expect to find all sorts of misplaced items with your metal detector. Of course you are encouraged to do your best to return lost items to their original owners.

Pennsylvania is one of the most active treasure hunting states in America. This has inspired the establishment of numerous metal detecting clubs in the state. Most of these clubs focus on one region of Pennsylvania specifically, although there is a lot of crossover between members.

Don't let the prospect of somebody beating you to a big find drive you away from the state. Let it motivate you. Plus, there are so many productive spots in Pennsylvania that everybody can potentially make an interesting discovery!