New Jersey is a great state for metal detecting. Its history is extensive and dates all the way back to the Lenni-Lenape Native Americans who once lived in the area. Evidence of their occupation can still be found in New Jersey's soil. The state was later inhabited by Dutch settlers. It fell under British control before finally being secured by American forces during the Revolutionary War. When the Civil War broke out a century later, more than 80,000 New Jersey natives signed up to fight for the Union army.

Metal detecting in New Jersey is regulated by the Archeological Resources Protection Act. The ARPA is a federal law regulating metal detecting all across America. Its aim is to preserve items of historical and cultural significance. This law prohibits the removal of man-made objects more than 100 years of age from public ground.

New Jersey doesn't actually have a whole lot of rules governing the hobby. All you really need to be mindful of are the laws that govern metal detecting nationwide. This means no excavating items that appear to be more than 100 years or older. You'll also have to make sure you have a permit before metal detecting in a New Jersey state park. Other than these requirements, you are essentially free to detect across the state.

It's important to remember that the lack of metal detecting laws in New Jersey is not a license to behave poorly. You should still do your best to uphold common treasure hunting etiquette. That means cleaning up after yourself, refilling any holes you create, and attempting to return recently lost items to their rightful owners. 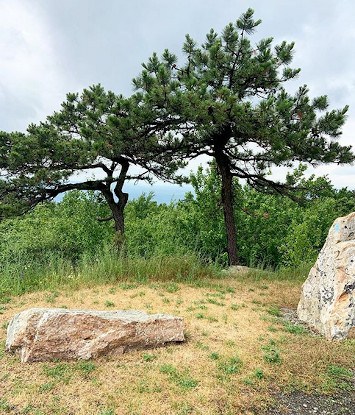 High Point State Park is one of several New Jersey state parks that you should consider visiting. You'll need to obtain a permit first, but the potential finds more than justify the extra effort.

One of the great advantages of High Point State Park is its location. The park sits in Sussex County, not far removed from the states of Pennsylvania and New York. This makes it a great choice for a day trip if you're metal detecting in either of these states.

Over the years, metal detector hobbyists have reported finding artifacts in the park's soil that once belonged to Native American tribes. They have also uncovered Revolutionary War relics and items dating back to the 19th century. Other finds include jewelry and other modern items left behind by park visitors.

New Jersey is famous for its shoreline, and beaches such as Point Pleasant Beach offer ample opportunity for metal detecting.

Point Pleasant Beach is located in Ocean County. The sands of the beach are unrivaled in their productivity as you can expect to find countless items left behind by forgetful tourists. You'll almost definitely uncover more than your fair share of bottle caps and cigarette lighters. These finds can be a little frustrating. However, they'll be more than worth the hassle if you end up uncovering a valuable item.

If you want a real adventure then take your metal detector under the Point Pleasant boardwalk. The prospect of venturing beneath the boardwalk is intimidating for some. This is understandable. However, it also means that there could be plenty of undisturbed treasure waiting for somebody brave enough to search for it.

Batsto Village is a ghost town that was settled way back in 1766. The village's mining industry quickly became its backbone and the town was booming within a couple of years. The town actually enjoyed a much longer period of prosperity than many communities of its era. Nevertheless, it suffered a swift and painful end when its beloved mine closed.

Today the remains of Batsto Village are regularly visited by metal detector hobbyists. They often report finding coins, tools, and kitchen utensils from its glory days. Some even claim to have found iron from its mine.

New Jersey is a small state, but don't write it off because of its small size. Instead, think of its lack of square miles as an advantage. It means you won't have to travel for hours to get from one metal detecting location to the next. In a single day you can visit multiple productive sites, thus increasing your chances of a major find.