Nevada is famous for being home to Las Vegas. Every year, tens of millions of tourists visit the city, hoping to strike it rich in one of its many casinos. But poker is not the only path to riches in Nevada. Over the years, metal detector hobbyists have uncovered valuable relics in the state's soil. Many of these relics have been traced back to the 1821 Mexican War of Independence. Others belonged to early European and Mormon settlers.

Along with artifacts from the 18th and 19th centuries, there are also Native American relics to be found in Nevada. A diligent metal detector hobbyist can potentially find Native American weapons and tools.

Nevada is one of the liveliest states in America. With so much going on, it's easy to feel overwhelmed when trying to settle on a spot for metal detecting. That's why we've put together this article. Below, you'll find the locations you should focus on while metal detecting in Nevada. We'll also examine the state's metal detecting laws.

Metal detecting in Nevada is regulated by the Archeological Resources Protection Act. The ARPA is a federal law regulating metal detecting all across America. Its aim is to preserve items of historical and cultural significance. This law prohibits the removal of man-made objects more than 100 years of age from public ground.

Nevada's metal detecting laws are not particularly complex. There are really only two things you need to be mindful of. The first is that metal detector hobbyists are forbidden from excavating any item that appears to be 100 years or older. The second is that metal detecting virtually anywhere in Nevada requires a permit. State parks, national parks, and even ghost towns are off limits to any treasure hunter who doesn't receive permission beforehand. If you would like to avoid the hassle of securing a permit, then you should consider metal detecting on private property. 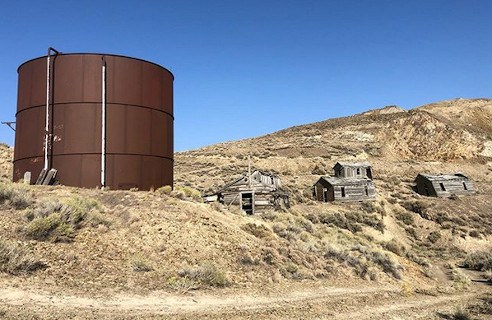 Paradise Valley is a small town located in Nevada's Humboldt County. It's hard to say when exactly the town was settled. But we do know that a post office was in operation in the area as far back as 1871.

Paradise Valley was popular among prospectors. They came to the spot in large numbers during the 19th century, and many took up residence here. Some prospectors and panners enjoyed modest success in their search for gold. Today, metal detector hobbyists experience similar small victories. Treasure hunters have reported finding old mining tools, jewelry, and even small specks of gold in Paradise Valley soil.

A major advantage of Paradise Valley is its small population. It's home to just over 100 people. Residents of small towns such as this tend to be extremely proud of their home. Consequently, they are happy to show visitors around. Some may even allow you to detect on their private property. 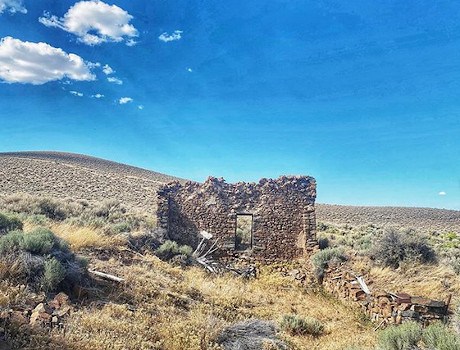 Like Paradise Valley, Unionville is on the brink of becoming a ghost town. It has only 20 residents and is more than an hour away from the closest neighboring town.

During the 18th century, things were very different for Unionville. It boasted a large population of prospectors and was regularly visited by hundreds more. Even the beloved American author Mark Twain spent time searching for gold in the town.

Today, treasure hunters continue to visit Unionville. They travel in the footsteps of Mark Twain and thousands of others, hoping to uncover gold or other valuable items. A few lucky treasure hunters have been successful in this mission. Will you be the next one to make a big find in Unionville?

If you're a metal detecting novice, then you should definitely visit Rye Patch State Recreation Area. This is one of the most forgiving environments in all of Nevada. It has also proven to be extremely productive in recent times.

One of the great things about Rye Patch State Recreation Area is how close gold deposits rest to the surface. They can be easily identified using a quality metal detector. In some cases, they are so close to the surface that one doesn't even have to break ground to retrieve them. We have heard numerous accounts of metal detector hobbyists excavating gold at Rye Patch Recreation Area by simply brushing the soil away!

Goldfield is a Nevada ghost town located in Esmeralda County. Although it's much younger than many other boomtowns in the state, it has the distinction of being one of the most profitable.

Goldfield was established in 1902. In just 40 years, laborers extracted over 86 million dollars worth of gold from its mines. Tragically, the town fell victim to a number of natural disasters as well as fires and an eventual economic downturn. By the year 2000, the town was struggling to remain afloat. Today, Goldfield is virtually uninhabited but for the metal detector hobbyists who visit on a regular basis.

As several treasure hunters have proven, there is still gold to be found in the town. While it isn't nearly as plentiful as it once was, small specks have been identified beneath its soil. Additional items uncovered by metal detector hobbyists include mining tools, kitchen utensils, and old coins. It's also not uncommon to find items left behind by modern urban explorers and other treasure hunters.

Nevada isn't the most popular state for metal detecting, but interesting items can certainly be located in the state's soil. If you're willing to travel to one of the spots listed above, then you have a decent chance of making a big find.