Utah is a great state for metal detecting because of its history. Mormon pioneers first arrived in Utah in the late 1840s. Prior to this, Native American tribes called the region home until leaving in the 1400s. It was frequented by Spanish explorers throughout the 1500s. By the 18th century, a number of merchants and traders had lived along the Great Salt Lake, but few ventured farther.

Evidence of Utah's earlier inhabitants is often found in the state's soil. There are also stories of buried treasure in Utah.

When metal detecting in the USA, you should always be mindful of the Archaeological Resources Protection Act. Under the ARPA, an item may not be removed from public ground if it's more than 100 years old and of human origin.

While still applicable, the ARPA is less of an issue in Utah than it is in other states. This is because the state was still in its infancy less than a century ago. Therefore treasure hunters can extract early Mormon artifacts from Utah soil with minimal risk of violating the ARPA. In addition, you can go metal detecting on private property without issue.

Metal detecting is forbidden in Utah's National Parks. While it's permissible to use a metal detector in certain State Parks across Utah, doing so isn't always worthwhile. Utah strictly forbids the removal of items from State Parks. So although certain parks will allow you to use your metal detector, you will be obliged to surrender any items unearthed to park authorities.

In 1520, the Aztec's feared invasion from Spanish forces. In panic, Aztec emperor Montezuma II sent a portion of his fortune to present-day Utah. There, it was buried somewhere in the White Mountain. The exact value of the Montezuma Hoard is unknown. However, as the emperor of a prominent civilization, Montezuma II was definitely a man of extreme wealth. Most historians and archaeologists agree that the treasure, if it does exist, is worth at least 10 million dollars.

Culture and day-to-day life in Utah is heavily influenced by the LDS church. It's fitting that one of the most sought-after treasures in the state is a religious artifact. According to legend, a sizable crucifix composed entirely of gold lies hidden in a cave in Garfield County. The exact location of the cave has never been revealed. Tradition places it somewhere along the Escalante River.

The legend of the Lost Gold Ledge began in 1870. While working in Mexico, a man by the name of John Lorenzo Hubble encountered an elderly prospector. The old man told Hubble of Utah's White Cliffs, which he says were home to a cave that was loaded with gold. Although he never saw the old man again, Hubble dedicated his life to searching for the cave. He made multiple trips to the White Cliffs and looked for the V-shaped opening the old man said marked the entrance to the cave. Time and time again he came up short.

In 1891, Hubble shared the legend of the Lost Gold Ledge with another prospector by the name of Warren Peters. Naturally, Peters himself went in search of the cave and, if he is to be believed, found it! Upon discovering the cave, Peters extracted much of the gold. He left the White Mountains with his pockets loaded and the intention to return immediately. But to his dismay he was unable to relocate the cave when he returned to the White Cliffs. Neither Peters nor Hubble ever managed to find the cave again and its location remains a mystery to this day.

When Mormon settlers first arrived in Utah, the state's land was harsh and unforgiving. They were able to establish livable towns and cities throughout the state. But ultimately, some areas proved too taxing for attempted settlements to thrive. Today, abandoned towns can be found throughout the Beehive State. 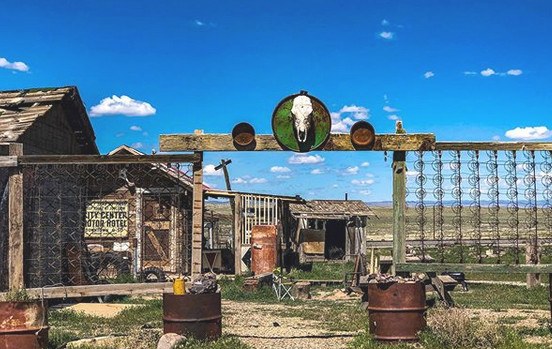 Movie buffs may recognize Cisco from the final scene of the 1991 drama Thelma and Louise. Its gas station also inspired the Johnny Cash song Cisco Clifton's Filling Station. But despite its presence in popular culture, Cisco's existence was brief.

Cisco was built in the 1880s. Initially, it consisted of a saloon and a water-refilling station. Over the following years the railroad brought more and more travelers to the town. By the beginning of the 20th century, it was home to a plethora of restaurants, stores, and hotels. Around this same time, oil was discovered in the town and its popularity boomed. But as its oil supply depleted, Cisco began to decline. Its end came with the construction of Interstate 70, which completely bypassed the town. Today, a number of Cisco's buildings remain standing, including the gas station immortalized by Johnny Cash.

The ghost town of Shauntie is located in Utah's Beaver County. It rests at the foot of the Piachio Mountains, where it was founded by miners in the mid-1800s. A fire destroyed much of the town in 1876. Shortly after this, its mines began failing.

Many of Shauntie's residents had packed up and moved on by the turn of the century. In 1910, a number of its mines were reopened and, for a little while it seemed like there was hope for the town. But just 10 short years later production ceased again. By this point, most of the town's inhabitants had fled. Those who had stayed eventually sold what they could and followed suit. 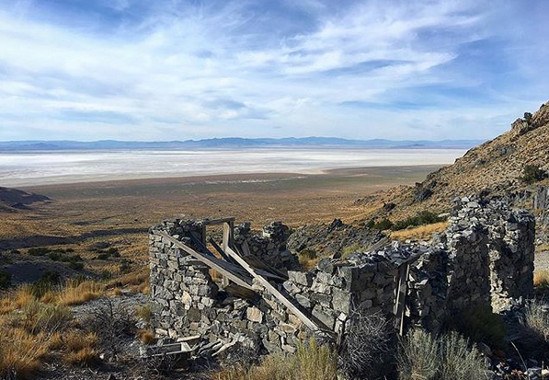 Box Elder County's Boston Terrace was first settled by a group of Swedish miners in the 1860s. During their first season in the town, these prospectors sent the ore they extracted to Ogden Utah. In Ogden they had appointed an agent to handle their sales. When the miners eventually traveled to Ogden to collect their earnings, they were horrified to discover that the agent had taken their money and skipped town. Disheartened, they never returned to Boston Terrace.

The town was inhabited a second time in the 1880s. It was mined heavily for the remainder of the 19th century. By the early 1900s, most of its mines had ceased activity and the town lay abandoned once again. Over the next few decades, Boston Terrace was the site of additional mining projects. People came and went right up to the 1950s, when it was finally abandoned for good. Treasure hunters can extract tools left behind by Boston Terrace's last residents free from the restrictions of the ARPA.

Utah has a lot of good land for treasure hunting. Many years of history lie buried beneath its soil. Primitive tools from its earliest inhabitants, along with items left behind by its first Mormon settlers, are just waiting to be unearthed. Meanwhile, stories of buried treasure provide the ultimate payoff for anybody willing to risk a journey into the mountains. There's also gold in Utah if you are interested in prospecting.

As a holiday destination, Utah is a hidden gem. Visitors can tour its LDS churches, shop in its many malls, and experience the indescribable magnitude of the Great Salt Lake. Those hoping to do some treasure hunting on their family holiday should definitely consider visiting Utah.