Indiana is a great place for metal detecting. Native American tribes are known to have inhabited the region as far back as 8000 BC. Their tools and weapons can be found in the soil to this day. In addition, the state was the scene of the Battle of Corydon during the Civil War. Although Civil War battlefields are not open to metal detecting, treasure hunters regularly find buttons and badges on the lands soldiers passed through en route to battle.

There are plenty of popular metal detecting locations in Indiana. In this article, we'll review the best of them. We'll also review the state's treasure hunting laws and how you can avoid violating them.

Metal detecting in Indiana is regulated by the Archeological Resources Protection Act. The ARPA is a federal law regulating metal detecting all across America. Its aim is to preserve items of historical and cultural significance. This law prohibits the removal of man-made objects more than 100 years of age from public ground.

When digging, you may not use any large or motorized pieces of equipment. Only handheld tools are permitted. Furthermore, you must fill any holes you make before leaving the area. 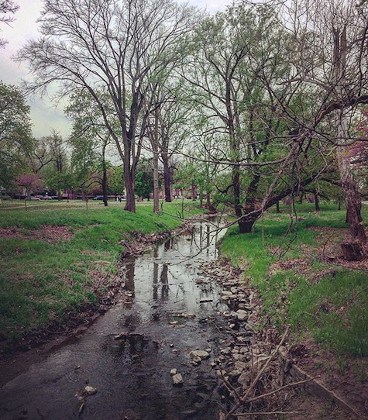 If you're visiting Indianapolis and don't want to venture too far outside the city, then Pogue's Run is the place to go. This creek is located on the east side of the city and boasts ample opportunity for treasure hunting.

The creek empties into the White River, which has long been associated with Native American tribes. In the past, treasure hunters have reported uncovering Native American artifacts from the river. To avoid damaging your equipment, make sure your metal detector is designed to be used underwater before you enter the river.

If you don't have a waterproof metal detector, then you can still metal detect at Pogue's Run. Next to the creek is a trail of the same name. Like the creek, Pogue's Run Trail has turned up interesting historical artifacts over the years. You can also expect to find items lost by walkers and joggers on the trail. 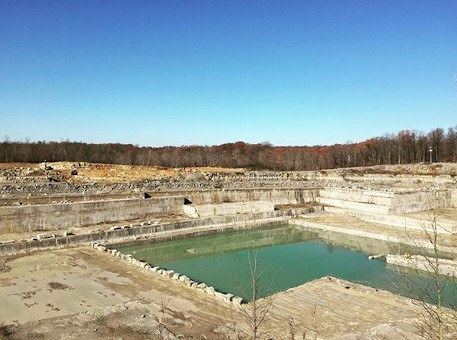 Empire Quarry is located just outside Bloomington, Indiana. These days, it's primarily known for its high-quality limestone rock. In the past it was a popular swimming and sunbathing destination.

The quarry itself may be too deep for underwater metal detecting. However the area around the quarry has produced many interesting finds in the past.

It's important to remember that Empire Quarry is currently private property. If you want to try your luck here, then you're going to need permission from the landowner. As mentioned above, this permission is most effective when put in writing. Your written agreement should also cover how you and the landowner will divide finds in the event of a noteworthy discovery.

If you don't mind a few ghosts then why not visit Sloan? Sloan is a ghost town situated in Warren County- not far from Redwood Creek. The town sprung up in 1903, spurred on by increased railway jobs in the area. As the American rail industry expanded, so did Sloan. It housed a thriving community by the 1920s. Tragically, as the American rail industry declined so did the town.

Today, Sloan has been reduced to a few abandoned buildings. Nobody inhabits the town, and the only human activity comes from urban explorers and metal detector hobbyists.

Metal detector hobbyists frequently uncover artifacts in the Sloan soil. These artifacts include railway tools, coins, and other items belonging to those who once called the town home.

Indiana is not a popular place for tourists and this is what can make it a great destination for metal detecting. With so few tourists to contend with, you'll have plenty of room for metal detecting. You can try the beaches, parks, and forests without worrying about interrupting (or being interrupted by) vacationers. This will allow you to focus on uncovering relics from some of the most important periods in American history.