Washington State is a good destination for rockhounding. This state has diverse landscapes which include mountains, volcanoes, rivers, and beaches. All of these areas are filled with promise for rock collectors.

The Columbia River runs through Washington and Oregon. At 1,243 miles in length, it's the largest river in the Pacific Northwest. Unsurprisingly, this means that it's also one of the best places for rockhounding in both Washington and Oregon. There are many specimens to be found along the river's shores and within its waters. Agates are by far the most common Columbia River discoveries.

One great advantage of the Columbia River is that it can be directly accessed via five separate Washington cities. This makes it a popular site among rockhounds all over the state. 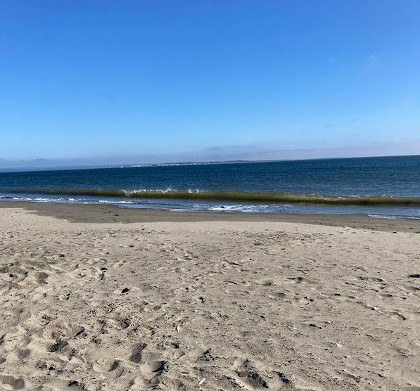 Beaches offer plenty of opportunities for rockhounding. No matter where you are in America, you'll have a shot at success if you can find a beach. The beaches of Washington State are particularly fruitful. In fact, the state may boast the most productive beaches in the entire country.

One of the state's best beaches for rockhounding is Damon Point. Located in Grays Harbor County, Damon Point is a favorite among rockhounds of all levels. Whether you are a beginner or a veteran of the hobby, you can be virtually certain you'll leave Damon Point with some agate.

Given how fruitful Washington's beaches are, it should come as no surprise that a number of them are featured on this list. Next up is North Beach. This beach is located in the Jefferson County city of Port Townsend. Though it's comparatively small in size, it has been the site of a number of noteworthy discoveries over the years. A variety of specimens have been found on North Beach.

Washington is famous among rockhounds for the quality of its jade. In fact, you'll find more than a few rockhounds who believe that the state's jade is the purest in the world. To experience Washington's beloved jade for yourself, take a trip to Whidbey Island. There, you'll find the city of Oak Harbor.

Mesmerizing jade has been found all over Oak Harbor. The city's jade tends to vary in color and size, but its beauty is consistent. Beginners should be mindful of the fact that jade is quite rare. Even in a state like Washington, which is famous for its jade production, the gem can be a challenge to uncover. For this reason, we suggest novices visit Oak Harbor with a more experienced rockhound.

Glass Beach is a regular producer of sea glass. But if sea glass doesn't appeal to you, then you should still pay a visit to this Port Townsend beach. Along with the sea glass from which it takes its name, Glass Beach is home to high-quality basalt and quartz. A number of rockhounds have also reported finding granite on the beach. The wide array of specimens that can be found on Glass Beach means a rockhound is unlikely to leave empty-handed.

We encourage rockhounds of all levels to reach out to clubs and organizations in any state they consider visiting. These groups will provide invaluable insights as you acclimate to the conditions of their state. Because Washington is so popular among rockhounds, it's home to a plethora of clubs. The clubs listed below cater to all levels and will put you on the fast track to rockhounding success.

Washington is great for novice rockhounds. Sites such as the Columbia River and Glass Beach provide the perfect environment for novices to learn the art of rockhounding. Once your skills have been sharpened, you can try your luck in more challenging and more rewarding sites such as Oak Harbor.