This article details the most bountiful locations for metal detecting in Massachusetts. We'll also review some of the state’s treasure hunting laws to make sure you don't inadvertently wind up on the wrong side of them. Read on for everything you need to know about metal detecting in the Bay State!

The primary law governing metal detecting in Massachusetts is the National Historic Preservation Act. This law forbids the extraction of any item suspected to be 100 years or older from state land.

The use of a metal detector is generally permitted in Massachusetts state parks and forests. But before beginning you should consult the area supervisor. They may ask you to limit your activities to certain areas of the park, but it's unlikely they'll reject you outright.

Massachusetts beaches follow a similar code as its state parks. Permission from the area supervisor should be received before you can get to work with your metal detector.

Below we'll review six of the best and most interesting metal detecting spots in the state. 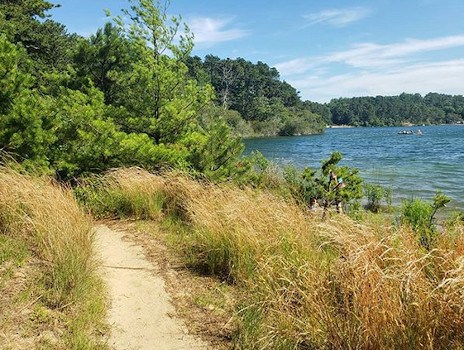 If you're planning a treasure hunting vacation, then Nickerson State Park should be near the top of your list. Its camping site consists of more than 400 yurts and cabins. Obviously, this makes it perfect for a weekend of metal detecting. And believe us, you're going to need a weekend. The park sprawls across almost 2000 acres. With every couple of steps, a new opportunity for metal detecting emerges. If you're lucky, you might even dig up something left behind by the area's first settlers in the 1600s.

Halibut Point boasts ample picnic space and hiking trails. This makes it a great spot if you're hoping to turn a spot of treasure hunting into a family outing. The park is open from 8 AM to sunset, so you'll have plenty of time during the day to search the grounds.

Just north of Cape Ann lies Crane Beach. In the summer months, the beaming New England sun makes this a great spot for sunbathing. For treasure hunters, however, the allure lies in the surrounding five miles of hiking trail.

The hiking trails at the beach are open all year round. Beneath their soil lie endless hints of New England's past, along with items misplaced by recent beach visitors. 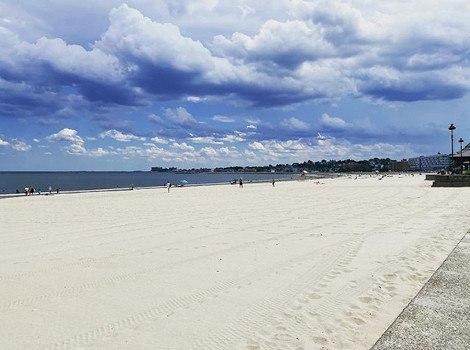 Revere Beach is just five miles from Boston. This makes it a popular spot among treasure hunters visiting or living in the city. What has also made it popular are the seemingly endless treasure hunting opportunities that it offers.

Spanning three miles of coastline, Revere Beach has turned up countless relics over the years. Many of these finds were made using metal detectors. Furthermore, most of the treasure uncovered on Revere Beach comes from past beach visitors. This means that you don't have to worry about the National Historic Preservation Act preventing you from taking your discoveries home.

Gallows Hill is located in Salem, Massachusetts. It served as a hanging site during the infamous Salem witch trials of 1692. To this day, artifacts from this period in America history can be found in its soil. You can also expect to find pieces dating back to the region's pre-Colonial era. Additionally, you may unearth more modern items. This is because many tourists visit Salem each year. Some of them leave behind watches, rings, and other potentially valuable items.

Dungeon Rock Cave is situated in Lynn Woods Reservation in Essex County. This cave is steeped in legend. It's said that it was carved out by Hiram Marble, a 19th-century treasure hunter, at the behest of a ghost. According to Marble, the ghost instructed him where to dig and even commanded him to use dynamite to blow obstructive rock out of the way. Much to Marble's dismay, he never found the spirit's bounty. Today, treasure hunters pilgrimage to Dungeon Rock Cave and pick up where Hiram Marble left off.

New England was one of the important regions in American history. Massachusetts lies right in the heart of it, so the state is ideal for metal detecting. In any of the locations discussed above, along with countless others throughout the Bay State, you have a real shot of uncovering artifacts dating all the way back to the birth of the United States.