Connecticut is steeped in history. This means that its soil holds artifacts from the Revolutionary War and even further back. It also has the advantage of being close to New York. This makes it a great choice for treasure hunters living in or visiting New York City.

Metal detecting in Connecticut is regulated by the Archeological Resources Protection Act. The ARPA is a federal law regulating metal detecting all across America. Its aim is to preserve items of historical and cultural significance. This law prohibits the removal of man-made objects more than 100 years of age from public ground.

Connecticut's metal detecting restrictions can sometimes seem a little unreasonable. For starters, the use of a metal detector in a state park is forbidden. There is no permit nor waiver that will allow it. Furthermore, metal detecting on beaches during a public visit is not allowed.

Despite these tight restrictions, Connecticut boasts plenty of promising places for treasure hunting. For example, metal detecting is permitted on any land controlled by the Department of Environmental Science. You don't even need a permit! You will, however, be expected to adhere to the following rules:

These rules are generally considered good treasure hunting etiquette anyways. Similar portions of the metal detecting code of honor are also written into Connecticut law. For example, a treasure hunter must not leave any litter behind. This includes items uncovered during their hunt. Also if you unearth an artifact that you don't wish to keep, then you must hand it over to authorities.

We recommend checking out the places listed below:

The Connecticut River has long been attracting treasure hunters of all descriptions. Gold panners and metal detector users unite in searching its waters for forgotten treasure. Of course, you'll need to make sure you have a high-quality metal detector. If you purchased your model on the cheap then it's unlikely to survive getting wet.

The Connecticut River is easy to access because it runs through a number of towns and cities. You access it from a variety of spots within the state. 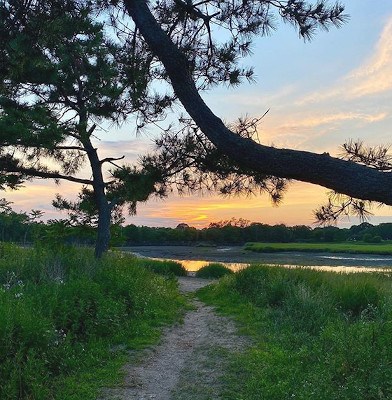 Black Rock is a small section of Bridgeport, Connecticut. Despite its small size, it has been the scene of several notable discoveries over the years. Particularly fruitful has been the area around St. Mary's By The Sea. Treasure hunters have reported finding Colonial-era relics here, such as coins and buttons. St. Mary's By the Sea is also a popular tourist attraction, so it's possible to find jewelry left behind by visitors.

Connecticut's rules governing metal detecting on public land are fairly strict. For this reason, a lot of treasure hunters are turning to private farmland.

Many of Connecticut's farms are built on old battlegrounds, making them prime real estate for metal detecting. Of course, you should always get permission from the owner of the land before you search. We suggest drawing up a formal agreement that not only gives you permission to search the property, but also details how you will split any relics you unearth.

In most states, you would be just fine going about your business as an independent treasure hunter. The tricky laws of Connecticut, however, can make that a risky game. We suggest consulting or even joining a Connecticut metal detecting club.

There are clubs operating throughout the state and each will help you navigate its rules and regulations. Among the Connecticut metal detecting clubs you should consider joining are:

Connecticut's strict laws have turned many treasure hunters away from the state. However, these same laws have helped build a tight-knit community. Connecticut treasure hunters work together to help each other avoid breaking the state's laws. Club members guide each other towards promising spots and are more than welcoming to newcomers. There is, of course, healthy competition.

Remember to visit the sites discussed above early in the day. This will increase your chances of having them all to yourself. With the right spot and a good metal detector, there's no telling what you might find in the Connecticut soil.