Maine is one of the smallest states in America. But what it lacks in size, it more than makes up for in treasure hunting possibilities.

Native American tribes, such as the Wabanaki, have called the state home for thousands of years. Artifacts relating to their history are regularly unearthed from its soil. Meanwhile, items from the Colonial era and the ensuing centuries are often found with metal detectors.

In this article, we'll provide you with everything you need to know about metal detecting in Maine. This includes the state's laws, as well as its most promising sites.

Metal detecting in Maine is regulated by the Archeological Resources Protection Act. The ARPA is a federal law regulating metal detecting all across America. Its aim is to preserve items of historical and cultural significance. This law prohibits the removal of man-made objects more than 100 years of age from public ground.

Maine has some of the toughest metal detecting restrictions of any New England state. Treasure hunting on historical grounds is entirely prohibited. Meanwhile, doing so on state grounds is allowed only with a permit.

Maine has some great beaches that are perfect for treasure hunting. Here are the top three that we recommend: 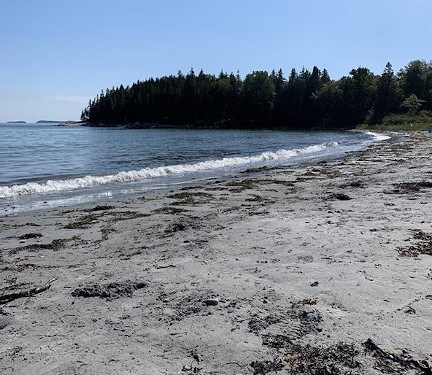 Maine has been the site of hundreds of shipwrecks. This means that its beaches are prime treasure hunting locations. Birch Point Beach State Park, for example, has turned up countless artifacts over the years. You'll need a permit to explore the area, but the potential for exciting discoveries is more than worth the extra effort.

Another beach-turned-state park, this is a popular place among local and out-of-town treasure hunters. At this park you'll need a written permit which is granted at the park.

Popham Beach State Park is ideal for a spot of early morning metal detecting. Early morning is when you're most likely to have the shore to yourself. If you get there too late then you'll likely have to battle with other metal detector hobbyists for real estate. If you arrive at a time when the beach is full of swimmers and sunbathers, then you may not even be granted a permit.

Footbridge Beach is an alluring place to many Maine metal detector hobbyists. This is because it doesn't require the permit that beaches located on state parks do. Here at Footbridge Beach you are free to treasure hunt to your heart's content. But be warned, ocean beaches can get pretty chilly in New England. We suggest bringing an extra jacket, especially if you're planning an extended treasure hunting session.

Some of Maine's state parks are not built on the beach. Here are two traditional state parks which can be rewarding for treasure hunters: 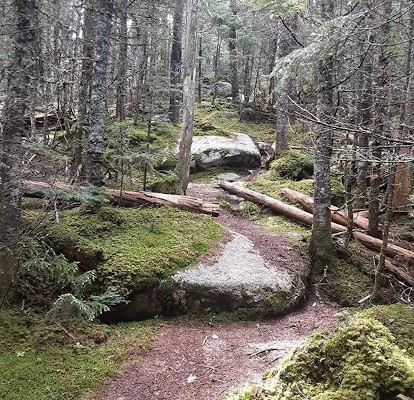 Baxter State Park is a promising spot for metal detecting. In the summer months, overnight camping is offered by the park. This makes it ideal if you're planning to visit Maine for the sole purpose of treasure hunting. With such fruitful soil right on your doorstep, you'll be able to rise at dawn and immediately use your metal detector.

Lily Bay State Park is home to Moosehead Lake. This lake holds the distinction of being the largest lake in all of New England. This makes the park a popular site for fishing. Many people have reported finding items left behind by forgetful fishermen. Meanwhile, numerous artifacts tracing back to Native American tribes have been unearthed in the park's wooded areas.

There are ghost towns scattered throughout Maine. The four listed below offer ample treasure hunting opportunities.

Flagstaff is noteworthy for having once been home to Benedict Arnold. Unsurprisingly, metal detector hobbyists often report unearthing artifacts from the Revolutionary War in the town's soil.

Before you visit Flagstaff, it's important to note that the town was flooded by Flagstaff Lake. Much of the town remains underwater to this day. Because of this, you should make sure you're visiting with a high-quality metal detector. An inexpensive metal detector will likely be damaged beyond repair if it comes into contact with the waters of Flagstaff.

Like Flagstaff, the town of Dead River was flooded by Flagstaff Lake. It bore the brunt of the flood, with almost no accessible land remaining. However, the few roads that are still above water have some serious treasure hunting potential. Most metal detector enthusiasts have avoided Dead River for fear of damaging their equipment. In theory, this means there could be plenty of treasure just waiting for those brave enough to visit the town.

Ligonia Village is a ghost town that's rapidly disappearing. Founded hundreds of years ago by Irish immigrants, it relied largely on the Portland Rolling Mills. The mill's decline meant a swift and harsh doom for Ligonia Village.

The town's remains are now being taken over by the ever-expanding Calvary Cemetery. Sooner rather than later, the entire ghost town will be enveloped by this cemetery. Those hoping to unearth relics from the town's forgotten Irish inhabitants should act before it's too late! 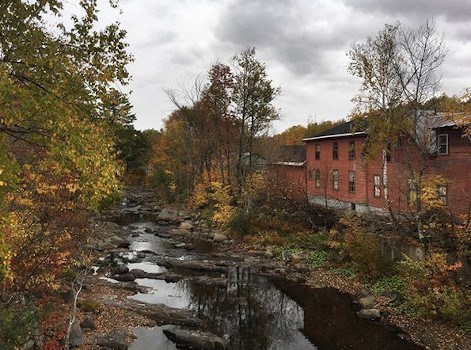 The town of Madrid was settled in the 18th century. Like many American towns, it was founded in a fit of gold fever. Hundreds of hopeful prospectors descended upon the town after gold was discovered nearby. Soon the town grew to include a hotel, churches, and various small businesses.

The town's population began to decline in the early 20th century. By the turn of the millennium, it had already become the ghost town of today. Still, treasure hunters continue to visit Madrid, just as they did hundreds of years ago. Some have even reported finding gold that was overlooked by their 18th-century predecessors.

For such a small region, Maine packs a whole lot of history. Native American artifacts lie in soil throughout the state. Meanwhile, Colonial relics prove an exciting prospect for Revolutionary War buffs. If you like to combine urban exploration with your metal detecting, then any one of Maine's many ghost towns will give you the thrill that you're seeking.