Maryland has a long history. The state once played a crucial role in the Revolutionary War. During the Civil War the state sided with the Union. Artifacts from these two distinct periods can still be found in Maryland soil.

Maryland treasure hunters can also potentially find relics belonging to Native American tribes. Most of these items have been traced back to the Algonquins who inhabited the land in large numbers prior to the arrival of European settlers. Other uncovered Native American artifacts have been attributed to the Sioux and Iroquois.

In this article, we'll review the best spots for metal detecting in Maryland. Whether you're searching for Native American relics, Civil War memorabilia, or modern items, we'll tell you where to search.

Metal detecting in Maryland is regulated by the Archeological Resources Protection Act. The ARPA is a federal law regulating metal detecting all across America. Its aim is to preserve items of historical and cultural significance. This law prohibits the removal of man-made objects more than 100 years of age from public ground.

Maryland prides itself on its reputation as The Free State. It should then come as no surprise that its metal detecting laws are fairly flexible. But lax as they are, you should still familiarize yourself with them.

In Maryland, sites that are deemed historically or culturally significant are off limits. You can take this to mean any building or monument that is more than 100 years old. Similarly, you are forbidden from extracting objects that appear to be more than a century old. If you uncover such an item, the state requests you bring it to the attention of a professional archaeologist or historian. If you find the item in a state park, then you can simply alert park authorities instead.

If you do receive a permit for metal detecting on a historical site then you must still respect the land. This means sticking to the site's public visiting hours. Digging is generally forbidden at historical sites, even with a permit. You may be allowed to use a small, handheld pick. You will be expected to refill any holes you make during your search. The typical permit for metal detecting on historical sites does not allow the treasure hunter to officially search for anything other than modern items. 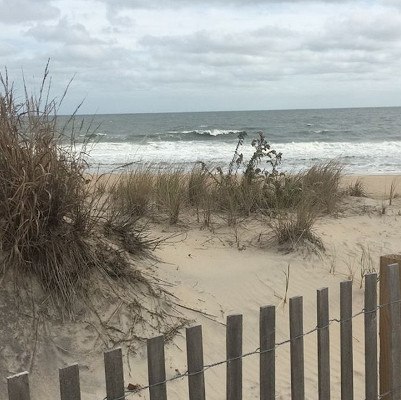 A sandy beach is always a great spot for metal detecting. If you visit one during the summer months then you could potentially uncover contemporary treasure left behind by tourists. Worcester County's Ocean City Beach is particularly great for this. The town of Ocean City itself welcomes 8 million visitors per year. As such, its beach has plently of misplaced items.

There is also a historical link to Ocean City. The land which the town was built upon was once home to Native American tribes. Relics from these indigenous groups have occasionally been uncovered on Ocean City Beach. The beach's sands have also turned up artifacts from European settlers and the wealthy socialites that vacationed in the area during its early years.

Like beaches, ghost towns are consistently productive sites for treasure hunters. One of Maryland's most popular ghost towns for metal detecting is Harmony Grove. This town was settled in the 19th century. At the time, it had a mill which served as the backbone of employment in the town. The town soon expanded to include additional buildings and services, including a post office and a railroad.

The mill shut in the 1960s, sending the town into a downward spiral. Within just a couple of years, the post office had closed permanently and a mass exodus had occurred. Some Harmony Grove devotees lived out the remainder of their days in the town, but these residents are long gone.

Above ground, the only evidence of the town's existence are its crumbling buildings and forgotten railroad tracks. Underground is a different story. Metal detector hobbyists frequently unearth artifacts belonging to Harmony Grove's former inhabitants.

Maryland Gold Mine was established in 1867. Its opening came shortly after a Civil War soldier discovered gold in the greater Potomac area. The mine operated for several decades with varying degrees of success. It eventually ceased activities in 1939 but this didn't stop people from venturing to Potomac in search of gold.

To this day, gold panners and metal detector hobbyists alike venture to Maryland Gold Mine. A few lucky treasure hunters have even reported finding small specs of gold in the soil surrounding the mine.

It's important to remember that the Maryland Gold Mine is a national historic site. If you want to use your metal detector in the area then you'll need a permit. We suggest you don't try metal detecting without permission, as the risk is not worth the reward.

Maryland's metal detecting laws are designed to encourage the activity. While many sites throughout the state require a permit, authorities will generally grant one to anybody who applies. Meanwhile, the vast amount of private land in the state means there is ample opportunity for metal detecting without any government involvement.