Kentucky is a state of great natural beauty. It also boasts immense historical significance, with evidence of indigenous occupation dating back thousands of years. It became home to European settlers in 1774, traces of whom can still be found today. The state remained officially neutral throughout the Civil War but treasure hunters have reported finding artifacts throughout the region from this crucial period in American history.

Despite its historical significance, many metal detector hobbyists are reluctant to visit Kentucky. This is partly due to how far removed it is from more popular metal detecting hotspots. It's also because the state doesn't offer much in the way of family entertainment. But if you're an experienced metal detector hobbyist planning a vacation for the sole purpose of treasure hunting, then Kentucky is certainly worthy of your consideration.

Below, you'll find everything you need to know about metal detecting in the Bluegrass State.

Metal detecting in Kentucky is regulated by the Archeological Resources Protection Act. The ARPA is a federal law regulating metal detecting all across America. Its aim is to preserve items of historical and cultural significance. This law prohibits the removal of man-made objects more than 100 years of age from public ground.

Kentucky has some fairly strict metal detecting laws. This is another reason for its lack of popularity among treasure hunters. But as you'll see, these laws can be easily understood and navigated. As long as you're mindful of them throughout your time in the state then you won't have any issues.

The most important aspect to remember is that metal detectors are generally not allowed in Kentucky state parks without a permit. An archaeology permit allows metal detector hobbyists to ply their trade in certain portions of participating state parks.

While an archaeology permit opens up a world of possibilities, you'll still be subject to some limitations. For example, digging is not permitted with motorized equipment. If you must break ground, then you are expected to do so using only small handheld devices. Any holes made must be refilled upon completion of your hunt. 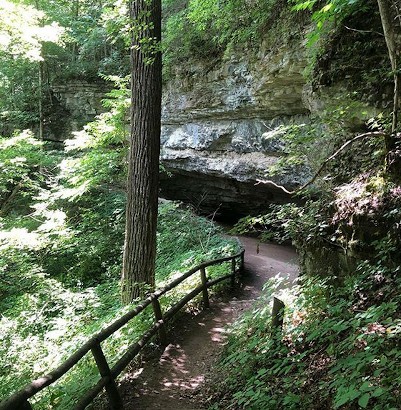 As we discussed earlier, you cannot use a metal detector at a Kentucky state park without the proper permit. But once you obtain that permit, then you can enjoy metal detecting at National Bridge State Resort Park. This massive park sprawls across 2,300 acres. Its land is so vast that it covers two different counties- Powel and Wolfe.

There are plenty of promising spots in National Bridge State Resort Park. Of its many trails and hiking areas, one of the most historically fruitful spots is the Sheltowee Trace National Recreation Trail. The sheer length of the trail means there is plenty of land to search for potential discoveries. Other productive trails in the park include the Balanced Rock Trail and the Whittleton Trail.

Events are regularly held at National Bridge State Resort Park. One good strategy is to coincide your visit with the immediate aftermath of one of these events. During such times, items left behind by attendees can be found in the park's soil. Of course you are encouraged to return these items if possible. The Central Kentucky Research and Recovery Team can help you return items.

The Ohio River runs through several Kentucky cities. These cities include Henderson, Paducah, and Louisville. This river has become a popular spot among the state's gold prospectors. Some of these prospectors have reported finding small deposits of gold in its waters. As such, it's also a promising spot for metal detecting.

Using a metal detector, you can scan the shores of the Ohio River. You could potentially find jewelry, coins, and similar items.

Ghost towns are always a safe bet for metal detecting. Perhaps no ghost town is more famous in Kentucky than Paradise. Immortalized in the John Prine song of the same name, Paradise is located in Muhlenberg County. It became home to its earliest residents in the 19th century and, by all accounts, lived up to its name.

In the mid-20th century, Paradise became home to a coal factory. Though this initially seemed like a good idea, it resulted in thick smoke and ash which made the town unlivable. Many residents fled for purer air. Those who remained behind eventually passed away.

Items belonging to the town's former residents can still be found in the soil surrounding the factory. 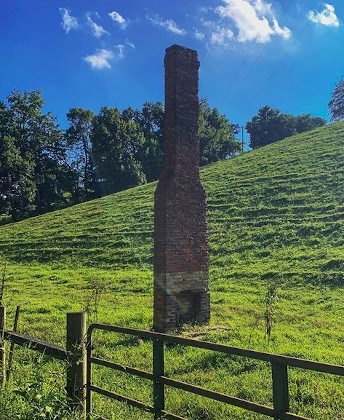 Boonesborough is an unincorporated community in Kentucky. This town was settled all the way back in 1775. As its name suggests, it was founded by folk hero Daniel Boone. In 1778, however, Boone and his followers were forced to abandon the town due to hostility from neighboring communities.

By the 19th century, Boonesborough was inhabited again. This time, it was primarily home to farmers. Although the town was abandoned again by the 1880s, its sturdy buildings remain standing to this day. Effort is made to maintain these buildings, as well as the land on which the town was built. This makes metal detecting in Boonesborough easier. Your metal detector will just slide across the freshly cut grass, with no risk of it getting caught in overgrowth or mud.