Kansas is steeped in history. Native American tribes once inhabited the land thousands of years ago. Kansas first welcomed European travelers in the 16th century. Relics from both indigenous tribes and foreign settlers can be discovered in Kansas soil. Artifacts from the American Civil War, Prohibition, are also discovered with metal detectors.

In this article, we'll review the best spots in Kansas for metal detecting. As you'll see, its most productive sites can rival those of any other state. We'll also review Kansas' metal detecting laws.

Metal detecting in Kansas is regulated by the Archeological Resources Protection Act. The ARPA is a federal law regulating metal detecting all across America. Its aim is to preserve items of historical and cultural significance. This law prohibits the removal of man-made objects more than 100 years of age from public ground.

In some cases, an official permit may be required to go metal detecting on Kansas land. Thankfully, these permits are not difficult to obtain. You are allowed to detect on private property as long as you obtain the owner’s permission. Grounds that are deemed historically or culturally significant are off limits for hobbyists.

Digging laws in Kansas are somewhat strict. If you want to dig anywhere on public land then you're going to need a permit. For some spots, permits aren't even available which means that you'll have to steer clear of the land entirely. If you do obtain a permit for digging then you'll be expected to refill any holes you create during your hunt.

In addition, most Kansas state parks only allow metal detecting on the beach area. 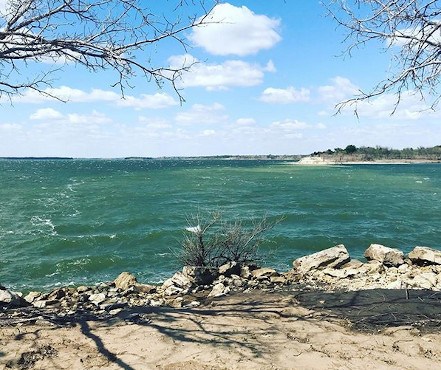 If you're planning a family vacation to Kansas, then you should definitely consider visiting Milford State Park. Across its thousands of acres, the park offers swimming, volleyball, a playground, and plenty of other things to keep your family busy while you go metal detecting. The park also has eight separate campsites, so you could spend an entire weekend exploring its grounds.

It's important to note that metal detecting is only permitted on the park's beaches. Thankfully, these beaches boast miles of shoreline, so your metal detector will never have to pass over the same spot twice.

Some treasure hunters have reported finding relics from Native American tribes at Milford State Park. Others have uncovered jewelry and other items left behind by the countless tourists who visit the park each year. 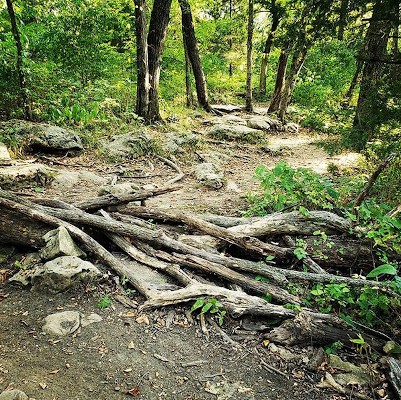 Most state parks in Kansas limit metal detecting to their beach areas. Thankfully, Johnson County's Shawnee Mission Park is the exception to the rule. During your time in the park, you'll be free to use your metal detector wherever you see fit. However you must first obtain the appropriate metal detecting permit. The permit can be easily granted from the Johnson County parks and Recreation Department and the cost rarely exceeds $10.

While you will have to spend some money to dig on park grounds, the potential reward is more than worth the expense. In fact, you could cover the cost of your metal detecting permit with a single discovery. It's not uncommon for metal detector hobbyists to unearth rings, watches, and coins dropped by park visitors.

More historically significant items have also been uncovered at Shawnee Mission Park. In most cases, you won't be allowed to take such finds home with you. Nevertheless, many Kansas metal detector hobbyists take great pride in contributing to our understanding of state and national history.

If you like to go metal detecting in wooded areas, then be sure to pay a visit to Corporate Woods Founders Park. This 52-acre park is located in the city of Overland Park. Treasures have been uncovered throughout its grounds, but its forest areas have proven the most fruitful. While the park is a popular destination among metal detector hobbyists, its sheer size means you won't struggle to find a quality spot.

While most cities in Kansas allow metal detector hobbyists to operate without a permit, Overland Park is not one of them. Thankfully, the appropriate permit can be obtained for free. 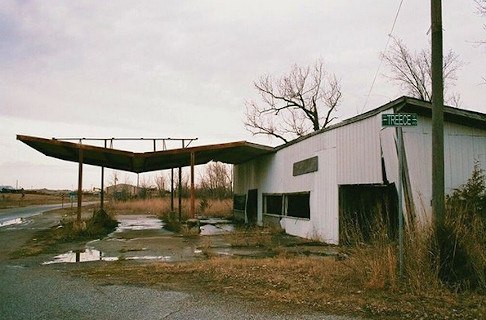 For better or worse, there is no shortage of ghost towns in Kansas. Most of these abandoned towns offer ample opportunities for treasure hunting. The Cherokee County ghost town of Treece is one town worth visiting.

In the early 19th century, zinc was discovered near Treece. This resulted in a population boom that brought hundreds of hopeful miners to the town. As the town expanded, schools, churches, and saloons were built.

Treece's zinc mines were almost entirely depleted by the 1970s, which prompted many residents to leave. This exodus continued right up until 2012, when the remaining residents were forced to evacuate.

With the wounds of its abandonment still fresh, Treece is a great place to uncover some contemporary treasures. Metal detector hobbyists can also discover tools, utensils, and other items left behind by those who lived in Treece during its heyday.

Located in Allen County, Mildred isn't technically a ghost town just yet. The town was founded in 1907 and quickly became dependent on its cement industry. This wasn't a problem when the cement industry was booming, but many issues occurred once the industry began to decline.

The town's population drastically declined in the 1950s, as its unemployed cement workers fled for other towns, cities, and states. A few loyal residents stayed behind and some even remain to this day. This is why Mildred can't be classified as a ghost town like Treece.

Nevertheless, the many abandoned buildings and overgrown paths of modern-day Mildred provide the perfect environment for metal detecting. If you are polite to those who still live in the town, then they may even let you explore their private land. This is advantageous as you won't be bound by the laws that govern treasure hunting on public grounds.

Kansas isn't at the top of anybody's list for a metal detecting vacation. But if you're an experienced treasure hunter and want to truly test your skills, then you should consider a visit to the Sunflower State. Treasure lies across the region, just waiting for somebody with the right combination of experience and determination to discover it.