The Colorado Gold Rush started in 1858. The success of prospectors in the region inspired many people to venture to the Centennial State. All came hoping to make their fortune through gold panning. Many, of course, were unsuccessful. Still, recreational prospectors and treasure hunters alike venture to Colorado to this day. Their chances of success have been dramatically increased by modern technology. With a high-quality metal detector, there's no telling what you might find in the Colorado soil.

The Archaeological Resources Protection Act (ARPA) is a federal law regulating American treasure hunting. The primary aim of the act is to protect objects of historic significance. Under the ARPA, a man-made object may not be extracted from public land if it's over 100 years old.

It's worth noting that the ARPA only applies to metal detecting on public land. When treasure hunting on private land, you can extract items regardless of age or origin. You will, of course, have to obtain the permission of the landowner before you start searching.

In Colorado you are free to use a metal detector in a state park but you can't remove any object from the park. This makes metal detecting in the state parks fairly useless.

In the Rocky Mountains sits one of the most sought-after prizes in all of treasure hunting. In 1998, art dealer Forrest Fenn was diagnosed with cancer. Believing himself to be on the brink of death, Fenn had a rather unusual idea to ensure that his memory lived on. That idea was to gather some of the most valuable artifacts in his possession and bury them in the Rocky Mountains for one lucky treasure hunter to find. Even after discovering that his cancer was not terminal, Fenn decided to bury the treasure as planned. His treasure is worth more than one million dollars.

Aside from a vague poem published in his autobiography, Fenn has not provided any details as to the location of the treasure other than that it's somewhere in the Rocky Mountains. Countless treasure hunters have tried to find it over the years. Some have even lost their lives to the search. According to a statement released by Fenn in 2017, "the treasure remains where I hid it about 7 years ago".

Throughout the latter half of the 19th century, mining towns sprung up all over Colorado. However, the onset of World War I dealt a powerful blow to the state's mining industry. World War II almost entirely finished off commercial mining in Colorado and its mining towns were abandoned shortly after. Today, treasure hunters go to the remains of these towns. You'll find some of Colorado's most popular ghost towns reviewed below. 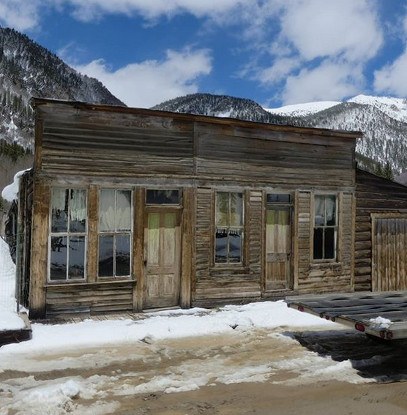 St. Elmo is one of the most popular ghost towns in all of Colorado. It's also one of the best preserved. Located in Chafee County, St. Elmo was founded in 1880. The town's economy relied heavily on its mining industry. At the height of its gold and silver mining, St. Elmo was home to upwards of 2000 residents. It also boasted multiple hotels, general stores, saloons, and a telegraph office.

St. Elmo mining began to decline in the early 1900s. The Mary Murphy Mine, the town's last active mine, ceased operations when the railroad was abandoned in 1922. Today, St. Elmo is only visited by tourists and treasure hunters. Along with its well-preserved buildings, evidence of the town's 19-century prosperity can be found buried in its soil. 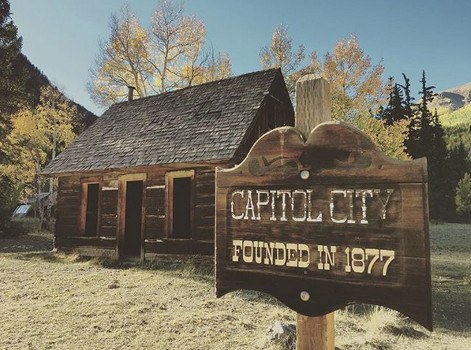 Capitol City was settled in Hinsdale County in 1877. Its founder, George S. Lee hoped that it would grow to become Colorado's capital city. He was so confident in his vision that he built a mansion for himself in the heart of town. He also orchestrated the building of hotels, saloons, and a post office.

Despite Lee's dedication to expanding Capitol City, the town never made it beyond 400 residents. The town's economy was based on silver mining and the mining proved to be less profitable than anticipated. This prompted those who had relocated to the area to quickly abandon it. Today, many of Capitol City's buildings remain standing. The post office, along with a few houses and cabins, can be viewed and explored.

With its high altitude and often uneven terrain, Colorado can present a challenging environment for metal detecting. Novice treasure hunters are typically better off in a state where conditions are less harsh. But if you're an experienced treasure hunter then Colorado is a good spot to test your skills. With the right combination of perseverance and talent, success can be had here. If you're particularly confident in your treasure hunting abilities, then you may even want to try finding the infamous Fenn Treasure.