Arkansas is one of the most geographically diverse states in America. Scattered throughout its 53,179 square miles are mountains, forests, rivers, prairies, and more. Combine this with the state's extensive history and it becomes a great state for metal detecting.

Treasure hunters in Arkansas have often reported finding Native American artifacts in the state's soil. Most of these artifacts are thought to belong to the Caddo, Quapaw, and Osage tribes. These tribes inhabited the land that is now Arkansas for thousands of years. They even co-existed with European settlers, who first arrived in the region during the 1540s. Like their Native American counterparts, these adventurers left many relics behind. Metal detector hobbyists are uncovering them to this day.

Additional artifacts found in Arkansas soil have been traced back to the Revolutionary War, the Civil War, segregation, prohibition, and more. You can also expect to find watches, rings, coins, buttons, and virtually any other item commonly left behind by tourists.

Metal detecting in Arkansas is regulated by the Archeological Resources Protection Act. The ARPA is a federal law regulating metal detecting all across America. Its aim is to preserve items of historical and cultural significance. This law prohibits the removal of man-made objects more than 100 years of age from public ground.

Arkansas' local rules and regulations aren't particularly restrictive, but you should still be mindful of them throughout your hunt.

Beaches are popular sites among Arkansas' metal detector hobbyists. Each beach has its own rules and regulations governing the hobby. Some require you to have a permit while others don't. A select few prohibit metal detecting entirely.

Many beaches that permit metal detecting do so only during the period between Labor Day and Memorial Day. Most also ask treasure hunters to visit between the hours of 8:00 a.m. and 5:00 p.m. If you aren't certain about the rules of a specific beach, then contact the authorities directly for clarification.

For the highest chance of success when metal detecting in Arkansas, you should focus your search on the locations reviewed below. Each spot has been proven fruitful for metal detector hobbyists of all levels. 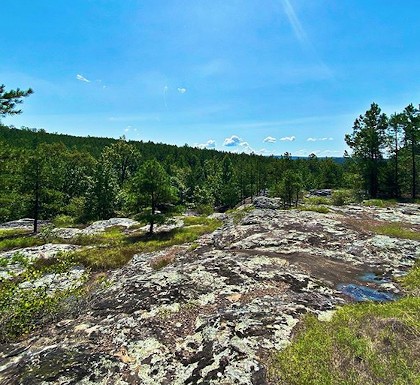 If you're visiting Arkansas from another state, then consider staying at Petit Jean State Park. This park has been recognized as the best campsite in all of Arkansas. It's also a great spot for treasure hunting.

Petit Jean State Park features a number of log cabins that date back to the first half of the 20th century. The ground surrounding these cabins has proven to be rich in relics from that period. Meanwhile, the hiking trails that run throughout the park have turned up artifacts dating from the pre-Colonization era right up to the modern era.

Additional park amenities include a tennis court, a swimming pool, and a basketball court. Lost items can be found around these areas. We encourage you to adhere to metal detecting etiquette and make an effort to track down the rightful owners of such finds.

Village Creek State Park is one of the largest parks in all of Arkansas. It boasts a surface area of 6,909 acres. This means plenty of room for treasure hunting.

Certain areas have proven to be more productive than others. Old Military Road, for example, runs through the park. Over the years, treasure hunters have uncovered relics from the Native Americans who traveled the road during a series of forced relocations. Misplaced items from modern tourists have also been found on the trail.

Perhaps the most fruitful spot in the park is Lake Austell. This lake regularly attracts swimmers, fishers, campers, and more. These visitors often leave their possessions behind. Kindhearted metal detector hobbyists have made it their mission to find these possessions and turn them into the park's Lost and Found. 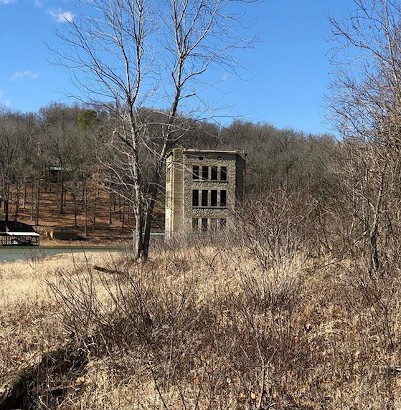 To this day, much of the town is inaccessible due to flooding. However, there are a few forgotten buildings that are reachable. Keep in mind that even these buildings show traces of flooding. As such, an underwater metal detector is recommended for a trip to Monte Ne.

Arkansas isn't the first place that comes to anybody's mind when they think of metal detecting, yet some interesting historical items have been found in the state's soil. There are likely many more fascinating finds waiting to be found in The Natural State.