Utah is among the top producers of gold in America. Much of its gold is a byproduct of silver, lead, and copper. But because most of Utah's gold is fine placer, prospecting in the state isn't going to make you rich. Nonetheless, prospecting here can be fun and profitable if you know where to look.

Recreational gold panning does not require a permit in Utah when kept to land owned by the Forest Service or the Bureau of Land Management. There are no clear laws on sluicing, but you should be able to sluice without consequence. Dredging is regulated and it requires a permit from the Division of Water Rights.

There are 23,249 active mining claims in Utah and it's illegal to trespass on one. We suggest contacting the Bureau of Land Management's Utah Division for the locations of these claims in order to avoid inadvertently prospecting on private property.

The Largest Mine in America

Utah is home to Bingham Canyon Mine, which has the distinction of being the largest mine in the United States. Located southwest of Salt Lake City, it has been open since 1906. It has produced more than 20 million tons of copper throughout its history. Although it is primarily a copper mine, Bingham Canyon Mine has produced notable amounts of gold and silver.

Dry Panning in the Desert

Fine placer gold flows through almost all of the state's rivers, as well as in the desert. Extracting gold from desert sand can be quite complicated. It requires dry panning, an art form which few prospectors have mastered. If you want to develop your dry panning skills, then you should definitely consider visiting Utah. It's one of the few states with the conditions required to practice dry panning on a regular basis.

There are a number of gold-bearing rivers running through Utah. Most are open for recreational panning. Below we'll examine some of the state's most popular spots among prospectors. 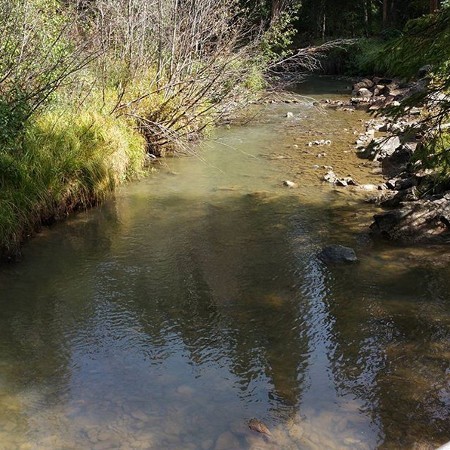 The Colorado River is one of the largest rivers in the Southwestern United States. Gold is said to flow throughout its 1,450 miles. A portion of the river runs through Moab, Utah. It's here that some of Utah's most notable gold discoveries have been made.

It's important to remember that the gold in the Colorado River is usually quite small. Nuggets have been found on occasion, but fine placer is much more common. To capture gold here with a traditional pan, you'll need a steady hand and a keen eye. Sluicing will almost always be more effective along the Colorado River. However, many prospectors prefer to avoid the hassle of obtaining the necessary permits. 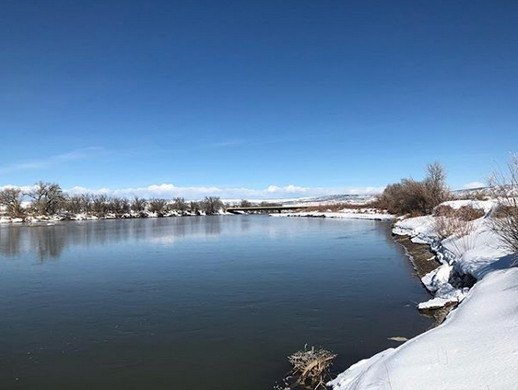 The Green River has not been the site of any major gold discoveries in Utah. However, this river can yield small amounts of gold. It has been panned by prospectors since the mid-1800s. A number of dredging operations have been attempted in the Green River, but with minimal success. Modern prospectors generally rely on panning to extract gold from the Green River. Historically, the most fruitful portion of the river has been near Flaming Gorge Reservoir.

The Raft River is a tributary of the Snake River, which has produced significant gold in the states of Idaho, Washington, Wyoming, and Oregon. The Raft River is not without its fair share of gold and it has been panned perhaps more than any other river in Utah.

The Raft River was particularly popular in the latter half of the 19th century. During this period, the Raft River produced so much gold that a mining camp was established along its shores. This town, aptly named Golden, was only inhabited for a brief period of time. It was abandoned in 1907 after the Raft River's gold production slowed. This was just seven years after the town was founded. While it's no longer viable for commercial mining, the Raft River remains a popular site for recreational panning.

If you're chasing the gold strike that's going to make you rich and famous then you're not going to find it in Utah. There are plenty of states where lode gold is more common. For example nearby Arizona has more gold. But if you want to do some relaxed panning in a scenic state that vacationers often overlook, then Utah is the place for you. In addition, metal detecting in Utah is a rewarding hobby because of the state's rich history.