Despite its size, no major gold discoveries have been reported in Texas. Commercial prospecting in the state is virtually non-existent. But this doesn't mean that Texas is entirely devoid of gold. Local recreational prospectors often extract placer gold from its rivers. Other valuable minerals such as topaz and quartz are also frequently discovered, so prospecting in Texas may prove rewarding one way or another.

Types of Gold in Texas

Lode gold is extremely rare in Texas. Most of the gold found in the state is the fine placer type. The exceptionally small size of Texas placer gold makes finding it a challenge. If you're using a traditional gold pan then you'll need a keen eye to ensure that you don't miss any specks of placer gold. A sluice box is a better option. A drywasher on dry land can also be effective

Northern Texas is the richest part of the state. This is because much of its gold was pushed down from Canada in glacial deposits. These deposits did not make it as far as the southern part of the state. But prospecting in South Texas is not a futile endeavor. A number of gold discoveries have indeed been reported in the state's southern cities. Still, your chances of success will be much higher in the north.

Texas is a state which gives its residents a lot of freedom, but when prospecting there are a few rules that you need to follow. First you need to be careful about prospecting on private property or prospecting on someone's mining claim. Also if you want to prospect on state lands then the land needs to have a permit from the Texas General Land Office. You can contact this office to find state land that has the permit.

In addition, there are laws for dredges in pubic waters. The nozzle on your dredge can't be more than 5 inches in size. You also can't prospect close to a bridge- you need to be at least 100ft back.

Success is never guaranteed when prospecting in Texas. But your chances of finding gold will increase if you know where to go. Below you'll find some areas of Texas that are known for their heightened gold production.

The Llano River has been responsible for many of Texas' most recent gold discoveries. A tributary of the Colorado River, the Llano River runs through the towns of Kingsland, Mason, and Llano. Much of the gold of the Llano River rests on its banks, therefore it's helpful to use a metal detector.

Gazley Creek is a popular spot for recreational prospecting. Located close to Royston Hill in Bastrop County, Gazley Creek contains some placer gold. But the gold here is small even by Texas standards. Panning is still an option, but many experienced prospectors choose to use a sluice box instead. Sluicing will increase your chances of capturing the creek's flour and placer gold. 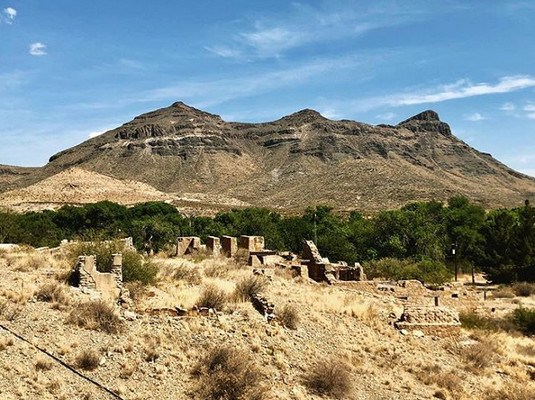 Prospecting played an important role in the development of Presidio County. This county is home to Shafter, a mining town founded in the 19th century. Here you will find the Presidio Mine.

At the height of its activity, the Presidio Mine accounted for most of the gold discovered in Texas. In less than 20 years, it produced more than 5,000 ounces of gold. It also produced over 11 million ounces of silver and 7 million ounces of lead. With the last of its residents leaving at the end of the 20th century, Shafter is now a ghost down. But prospectors still visit the town to try their luck hunting in the Shafter Historic Mining District.

Skilled prospectors have the best chance of acquiring gold in the Lone Star State. But if you live in Texas then should give it a try. Learning to prospect in a difficult environment will help you get better at the hobby. In addition, metal detecting in Texas is another good hobby to try.