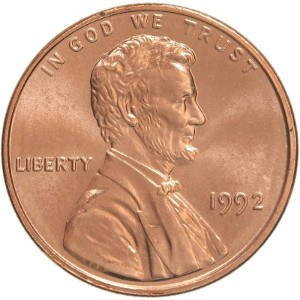 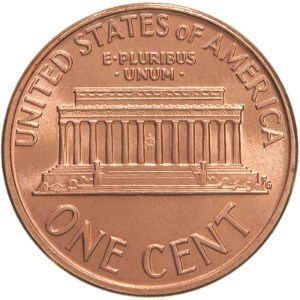 In addition, proof coins were minted and these coins will sell for more money.

The obverse side of the coin features a portrait of Abraham Lincoln. The Lincoln Memorial pennies have the same obverse side design as the wheat pennies and shield pennies.

Pennies in uncirculated condition can sell for a premium. Proof coins will sell for higher prices. In addition, several notable error varieties exist and these error pennies can be quite valuable.

Ultimately, the value of a Lincoln Memorial penny will depend on its series and its condition. See the list below to learn the value for any individual penny.