The standard 2017 Frederick Douglass quarters are made of a clad composition that contains copper and nickel. Clad proof quarters and silver proof quarters were also minted and they sell for more money. Keep reading to learn more about these coins. 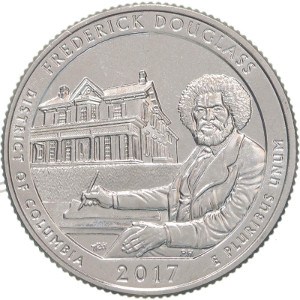 The Frederick Douglass National Historic Site is located in Washington D.C. and it preserves Douglass' home and estate.

Note: Frederick Douglass is also featured on the District of Columbia quarter.

Click here to search for 2017 Frederick Douglass quarters on Amazon.