Panning for Gold in Virginia

Gold was first discovered in Virginia in 1804. A gold rush soon followed and prospectors began venturing to the state to make their fortune. At the height of its productivity, Virginia was the third richest state in America.

Although Virginia is not as productive as it once was, it remains a promising spot for recreational prospectors. In some portions of the state, a metal detector may be necessary to identify gold. However, there are many rivers where you can capture gold with traditional panning and sluicing techniques.

The gold prospecting laws in Virginia are not very clear, but you can pan here without issue. A small sluice box shouldn't be an issue either. Of course prospecting on private property is prohibited without consent of the land owner. The laws for metal detecting are much more strict and there are a lot of regulations because of Virginia's history. Essentialy, it's illegal to dig up historical artifacts.

Because so much of the Civil War was fought in Virginia, metal detecting in Virginia is practiced state-wide. Naturally-occurring gold, however, can only be found in certain regions of the state.

In the section below, we'll review the rivers you should visit when panning for gold in the Mother of States. 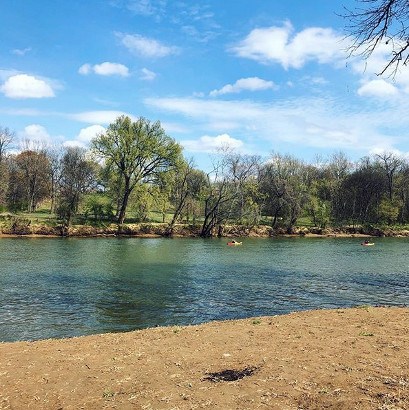 Few rivers have played as important a role in Virginia's history as the Rappahannock River. For hundreds of years, the state's indigenous people made their home along the bank. Later, it would become the site of many Civil War battles. This included the Battle of Fredericksburg, during which 10,000 African-American slaves escaped to freedom. These days, the Rappahannock River is heavily panned by recreational prospectors. Gold flows throughout its waters, although it's usually quite fine. A keen eye (and perhaps a sluice box) is necessary to capture gold in the Rappahannock River.

One of the major advantages of this river is its accessibility. At 195 miles in length, it can be reached via a number of counties in Virginia. These counties include King George County, Culpepper County, and Richmond County.

The Willis River is a tributary of the James River. It rises in Buckingham County before flowing into Cumberland County. Although its course takes it through just two counties, the Willis River has been the site of some fairly sizeable gold discoveries.

Much of the Willis River's gold is thought to come from the James River. With this in mind, commercial and recreational prospectors alike have tried their luck in the James River. Gold flows throughout the river, and much of it drifts down from the Carolina Slate Belt. Historically, the James River has been most fruitful in Cumberland County.

Many commercial mining projects have been carried out along the Shenandoah River. You likely won't see any of these mines in operation today, but recreational prospecting continues along the river. The North and South forks of the Shenandoah River remain reliable sources of placer gold. They can be accessed via the towns of Front Royal and Luray. 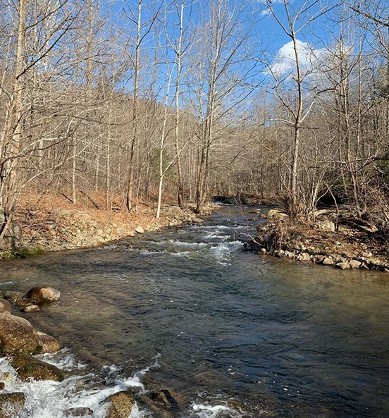 The Rapidan River was a favorite of Virginia's earliest miners and treasure hunters. Its waters were heavily panned during the 19th century. Gold was also extracted from the hills surrounding the river.

Panning the Rapidan River won't prove as successful today. But using a metal detector on its banks will likely turn up small amounts of gold.

Even along the Virginia-Gold Pyrite Belt, Virginia has a relatively low gold content when compared to many other states. Its status as the third most productive gold mining state in America has long faded. Gold prospecting in North Carolina would be a better option.

If you're an experienced prospector, then panning in Virginia is worth a try. Virginia is a great place for veterans to test and further develop their skills. Be prepared for marathon panning as you'll likely have to spend a couple of hours in the water before you see results. However, your patience will not go unrewarded. We also recommend metal detecting in Virginia as a rewarding hobby.