Tennessee's contributions to American society cannot be understated. Culturally and historically, it's part of the very fabric of our nation. It should then come as no surprise that Tennessee offers plenty of opportunities for serious treasure hunters.

The state's ground can be a little challenging for newcomers to the hobby. However, a veteran can make valuable finds in the Tennessee ground. For example, you may find artifacts belonging to the indigenous tribes who called the state home thousands of years ago. Or perhaps you'll find buttons and badges from the Civil War. You could also find modern items such as misplaced watches or rings.

Metal detecting in Tennessee is regulated by the Archeological Resources Protection Act. The ARPA is a federal law regulating metal detecting all across America. Its aim is to preserve items of historical and cultural significance. This law prohibits the removal of man-made objects more than 100 years of age from public ground.

Some metal detector hobbyists avoid Tennessee because of its strict metal detecting laws. But once you understand these laws then they can be fairly easy to work around.

First and foremost, digging is not allowed on Tennessee state land without a permit. Thankfully, a permit isn't all that difficult nor expensive to obtain. Once you have secured a permit then you are free to dig on state grounds provided that you use only small tools and that you don't damage the land.

Many people fail to realize that they do not need a permit for the sole use of a metal detector on Tennessee state land. As long as you don't intend to break ground, then you are free to use your metal detector as you wish.

What separates Lebanon from the other entries on this list is the fact that it's not a specific site. It's an entire city. Located in the very center of Tennessee, Lebanon boasts ample opportunities for treasure hunters.

So what makes Lebanon so special? During the early 20th century, Lebanon was home to a number of military training sites. These sites were most active during World War II.

Over the years, many noteworthy military artifacts have been discovered in the grounds of Lebanon. Most notably, a man with a metal detector uncovered an undetonated World War II bomb behind a local apartment complex. 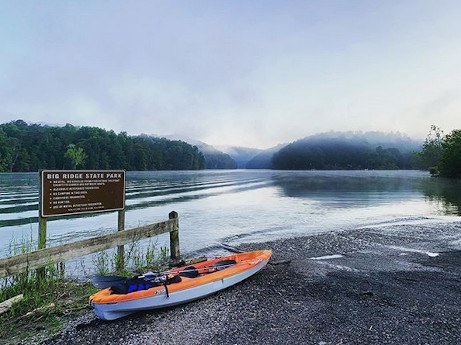 Big Ridge State Park is located Union County. As its name suggests, the park's great attraction is Big Ridge Lake. This 45-acre lake is a popular spot for underwater metal detecting. Items lost by careless swimmers are regularly discovered beneath its waters. Such finds are preferred by many metal detector hobbyists because they aren't in violation of the aforementioned ARPA. Of course, you should do your best to return lost items to their original owners.

For those without an underwater metal detector, the shores of Big Ridge Lake are a promising site. You should also check out the hiking trails in the park. These trails regularly turn up items lost by park visitors. Artifacts from Native American tribes and early European settlers could also be found in the soil. 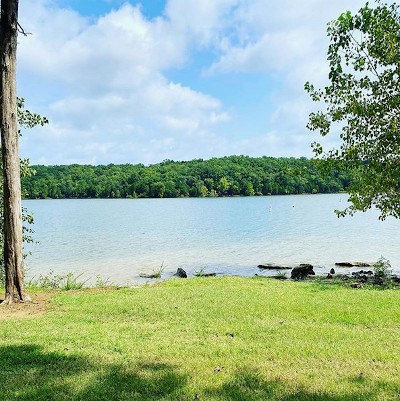 Percy Priest Lake is a reservoir located in the counties of Davidson, Rutherford, and Wilson. In total, the lake sprawls across 14,200 acres. With all this room for activities, it should come as no surprise that this area can get busy.

Metal detecting at Percy Priest Lake is only allowed at the Cooks Picnic Area, the Anderson Road Picnic Area, and the Seven Points Campground (for registered campers). Written permission is required if you want to go metal detecting in any other area.

Newsom's Landing was settled in the early 1800s. Although the town enjoyed a brief period of prosperity, it was wiped out by a flood before it could really ever grow. Settlers tried again in the 1860s. Their second attempt at establishing the town was inspired by the opening of a mill nearby. Once again, the town expanded, and for a while it seemed as though it would be a permanent fixture of Tennessee. Sadly, the closure of the mill prompted most of the town's residents to leave. Those who stayed behind eventually passed away.

Venture through Newsom's Landing with your metal detector in hand and you can potentially find coins, buttons, and even kitchen utensils left behind by its 19th-century residents.

Don't let Tennessee's metal detecting laws stop you from visiting the state. While they can certainly be a little strict, they are there to protect the historical integrity of the state. Don't consider the laws your adversary. Rather, think of them as your partner in expanding our understanding of the origins of this great state.

As a metal detector hobbyist, you too are working to help the people of Tennessee learn more about the state's history. With the right permit, the rules and regulations become a non-issue and you are free to metal detect across parks, lakes, and more.

Tennessee is also a good state for gold prospecting. Check out our article on gold panning in Tennessee.