Panning for Gold in Tennessee

Tennessee had a gold rush of its own back in 1831, and today it's still a popular state for recreational panning. If you go to the recommended panning locations then you will have a good chance of success.

The Tennessee Gold Rush occurred in 1831. During this time, a series of significant finds in rapid succession brought many hopeful prospectors to the Volunteer State. Some of these prospectors were lucky and managed to capture gold in the state's rivers. But the vast majority were left empty-handed. Several commercial mining projects were also attempted. Most saw only modest success.

By the turn of the century, most of Tennessee's gold had been extracted. The Mining companies that had been operating in the state subsequently left for golder pastures. However, enough gold remains in Tennessee's rivers to justify continued visits by recreational prospectors.

Recreational prospecting in Tennessee requires a permit from the Tennessee Department of Environment and Conservation. Conveniently, this is a "general permit" and is fairly broad. It allows the holder to use various methods to extract gold in the state.

Suction dredging is allowed under the general permit, but that doesn't mean you can use a dredge wherever you choose. Even with the appropriate paperwork, suction dredging is forbidden in most of Tennessee. There are only a few parts of the state in which it's permitted. For example, Tellico Ranger District is a designated dredging area. Also, the Gold Prospector's Association of America (GPAA) owns some land in Coker which is approved for suction dredging. This land is reserved exclusively for members of the GPAA.

In addition, remember to properly dispose of any waste you create while prospecting in Tennessee. Doing so shows respect for the environment and for the residents of the state. Littering in Tennessee also comes with a fine. A first-time littering offense in Tennessee can cost you hundreds of dollars. In some extreme cases, fines have been known to reach as high as $2,500.

There are some regions of Tennessee which have long been known for their heightened gold production. Other regions have not produced so much as a flake. For prospecting success in the state, you must focus on the fruitful regions. Below we'll examine the richest counties in Tennessee for gold prospecting. 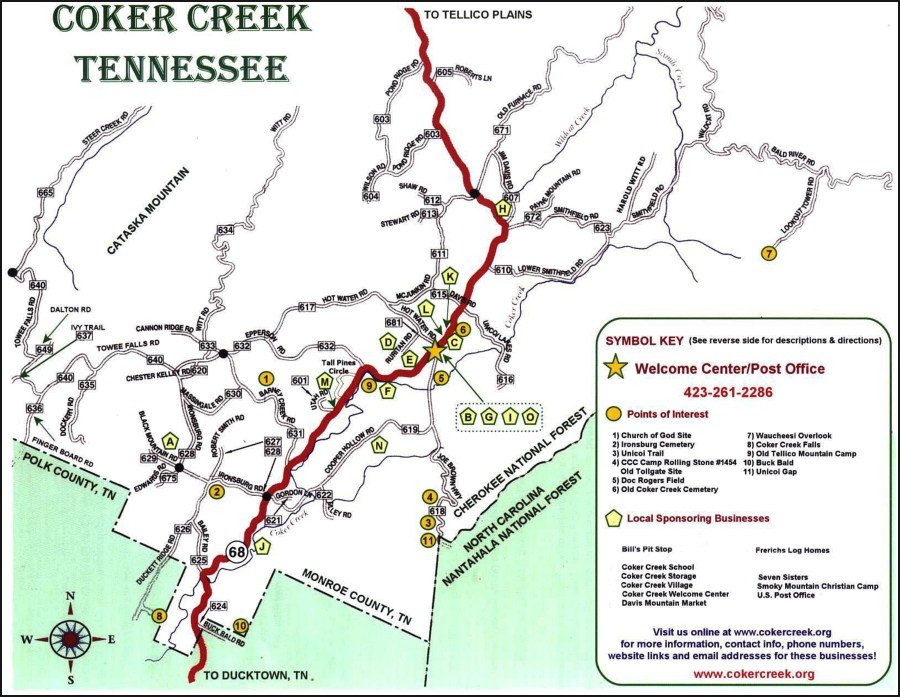 Located in Monroe County, the town of Coker Creek shares its name with an actual creek. This creek has been successfully panned for centuries. Even before the California Gold Rush, Coker Creek was inspiring people to try their luck as prospectors. It continues to produce placer gold to this day.

The creek also runs through Polk County. Prospectors in southeastern Tennessee should pay careful attention to Polk County. Admittedly, it isn't as rich as some other counties in the state. But it still gives local prospectors a shot at panning success in a region that is largely devoid of gold.

Coker Creek in Polk County one of the county's most popular sites for panning. When panning here, it's important to remember that much of the surrounding land is owned by the GPAA. To pan GPAA-owned land, you must be a member of the group. Thankfully, the GPAA has a chapter in Tennessee so joining isn't all that difficult. Panning GPAA-owned land without an active membership is trespassing. If caught, you'll likely face a fine. You may also have to forfeit any gold that you captured. 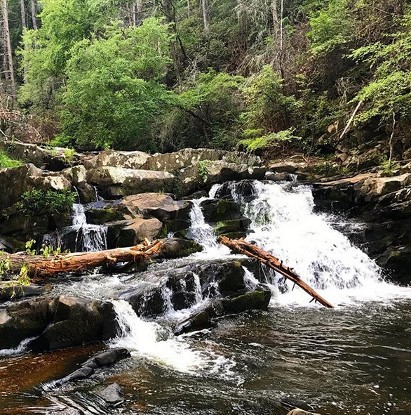 Monroe County is home to not only Coker Creek, but a number of other gold-bearing creeks in the county. Recreational prospectors have reported success in the Tobe, Turkey, Cane, and Citico creeks. In addition, the area between the towns of Tellico Plains and Coker Creek has proven particularly fruitful.

Blount County is home to the Chilhowee Mountain, which was the site of numerous gold excavations. Prospectors have been obsessed with this mountain since the early 1800s. Many have focused on digging for gold in its soil. However, the area around the mountain also boasts ample opportunity for prospecting.

Out-of-town and local prospectors visit the Chilhowee Mountain more frequently during the summer. This means that during the summer months you may have difficulty finding a comfortable panning spot along the Little River. But don't worry, there are plenty of other streams in Blount County for you to pan. Virtually any stream east of Montvale Springs contains small amounts of placer gold.

Prospecting in Tennessee isn't going to make you rich, but you can still have fun panning here. If you're a local then you should definitely give it a try.

Tennessee is also a great spot for those hoping to squeeze in some panning on a family vacation. The state is full of tourist attractions, and these attractions will keep your family busy.

Veteran prospectors have the highest chance of success in Tennessee. Because gold in the state is quite fine, an experienced veteran will likely have better success. But we encourage newcomers to the hobby to try panning here if they find themselves in Tennessee.