War nickels were minted from 1942-1945. These coins have value as both numismatic coins and silver bullion. Keep reading to learn more about these coins. 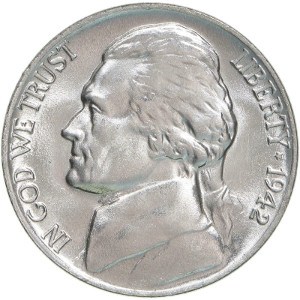 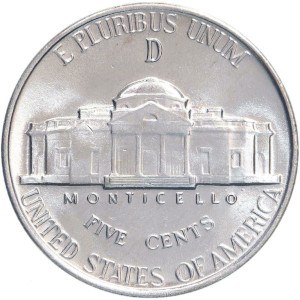 The United States introduced the war nickel on October 8th, 1942. These war nickels contained no actual nickel. Silver and manganese were used to replace nickel. The purpose of the war nickel was to conserve nickel, a critical wartime commodity. The government needed nickel in order to fight in WWII.

Silver proof coins with the P mint mark were minted during 1942 and these coins will sell for more money.

Felix Schlag designed these coins. The war nickels have the same design as the pre-war Jefferson nickels. The only difference is that the mint mark is larger and placed above the Monticello image.

Any war nickel is worth at least its weight in silver. The silver melt value for each coin is $1.32 as of February 01, 2023. This melt value is calculated from the current silver spot price of $23.44 per ounce.

Most war nickels in circulated condition will sell for a premium above their melt value. Proof coins will sell for higher prices.

Ultimately, the value of a war nickel will depend on its series and its condition. See the list below to learn the value for any individual coin.