The 1992 Olympic silver dollars have value as numismatic coins. Keep reading to learn more about these silver commemorative coins. 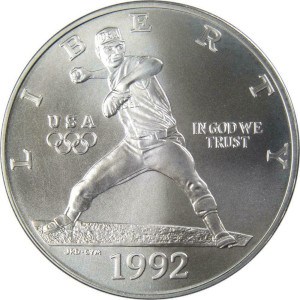 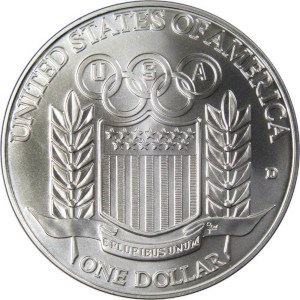 These coins were minted in order to commemorate the 1992 Summer Olympics which were held in Barcelona, Spain. On the obverse side of the coin the design features a baseball pitcher throwing the ball to home plate. Many people believe that the baseball player resembles Nolan Ryan. On the reverse side of the coin there are olive branches, stars and stripes, and a bold USA inside the Olympic rings.

This coin in circulated condition is worth at least its weight in silver. The silver melt value for this coin is $17.57 as of December 02, 2022. This melt value is calculated from the current silver spot price of $22.71 per ounce.

The 1992 D Olympic silver dollar is worth around $30 in mint packaging.

The 1992 S proof Olympic silver dollar is worth around $36 mint packaging.

Click here to search for 1992 Olympic silver dollars on Amazon.