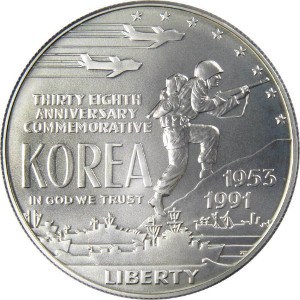 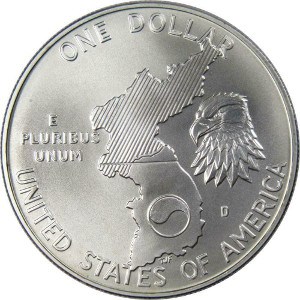 These coins were minted in order to commemorate the 38th anniversary of the end of the Korean War. This coin honors all who served in the war.

The proceeds from the initial sale of these coins went to the Korean War Veterans Memorial Foundation.

This coin in circulated condition is worth at least its weight in silver. The silver melt value for this coin is $17.28 as of February 05, 2023. This melt value is calculated from the current silver spot price of $22.34 per ounce.

The 1991 D Korean War Memorial silver dollar is worth around $35 in mint packaging.

The 1991 P proof Korean War Memorial silver dollar is worth around $32 in mint packaging.