The 1892 Columbian half dollars have value as both numismatic coins and as silver bullion. Keep reading to learn more about these silver coins. 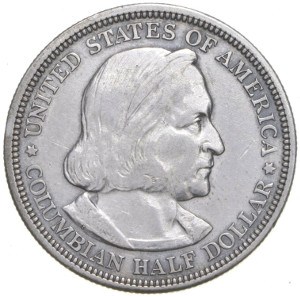 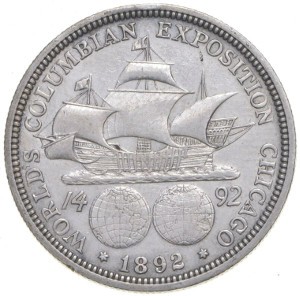 Originally each coin was sold for $1 at the World's Columbian Exposition in Chicago. Many coins went unsold so they were later put into circulation or melted down for their silver value.

Each coin was minted in Philadelphia and there in no mint mark on any of the coins.

This coin in circulated condition is worth at least its weight in silver. The silver melt value for this coin is $8.21 as of December 02, 2022. This melt value is calculated from the current silver spot price of $22.69 per ounce.

There were roughly 100 brilliant proof coins minted. There isn't enough recent sales data to determine a value for proof coins.

Click here to search for 1892 Columbian half dollars on Amazon.