1976 was the last year that Eisenhower "Ike" dollars were minted. The 1776-1976 Eisenhower silver dollars have value as both numismatic coins and as silver bullion. Keep reading to learn more about these coins. 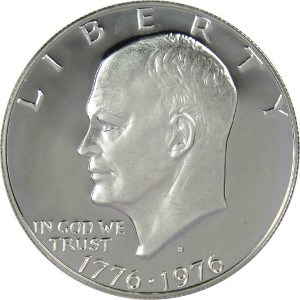 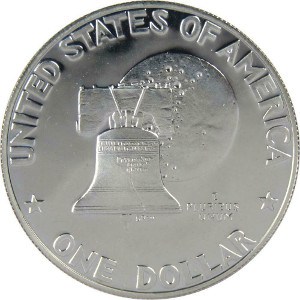 This coin has a special design on the reverse side of the coin to celebrate the bicentennial of the United States. The bicentennial marks the 200th anniversary of the signing of the Declaration of Independence.

The US minted the 1776-1976 S Eisenhower silver dollar as an uncirculated coin and also as a proof coin. Most of the coins minted were proof coins. The mint mark can be found above the date.

This coin, regardless of condition, is worth at least its weight in silver. The silver melt value for this coin is $7.17 as of December 02, 2022. This melt value is calculated from the current silver spot price of $22.67 per ounce.