What Is a Star Note?

Star notes are overprint notes that were issued by the Bureau of Engraving and Printing (BEP) to replace defective currency. If a bill is deemed defective after it was printed then it gets replaced with a star note. In earlier years the star note was also used for the 100 millionth note in a series. This is because the printer would only print numbers up to 8 digits.

3.2 million is the maximum number of star notes printed for any given series. However, production runs are usually much less which is what makes these bills more collectible. The lower the print run, the more valuable the bill will be.

How to Identify Star Notes 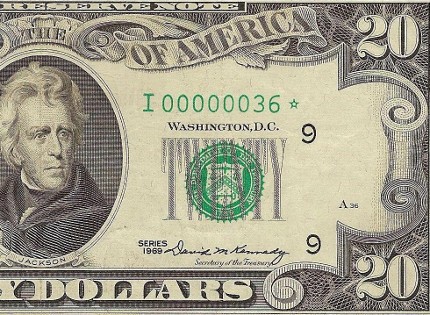 Star notes have been used as overprint notes since 1910. Some earlier notes also have stars on them, but they are part of the design and thus they don't signify anything.

Star notes are more rare, which makes them more valuable than the standard notes. Older star notes in particular can sell for high prices. In some cases the value can exceed $1,000 for rare older notes in the higher condition grades. Most of the modern star notes will sell for only a modest premium over face value.

Condition is the most important factor when determining a price. Notes in uncirculated condition will sell for the most money.

Ultimately, the value of any particular star note will depend on the series and the bill's condition.