Kitchens were usually a long distance away from dining rooms in large houses. For this reason covers were needed in order to keep food warm when being transported. However the food would still get cold at the table, and therefore many entree dishes were built with heaters where charcoal or boiling water could be added to keep food warm at the table. Chafing dishes were later invented which made heating easier. 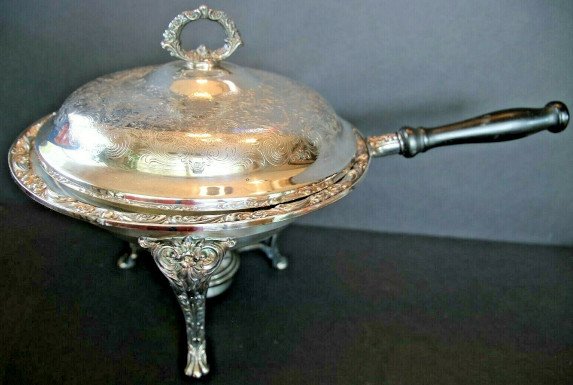 Chafing dishes are entree dishes with a fitted stand that had an alcohol lamp in the center. The colonial silversmiths of America produced the earliest known types that were called braziers. These early chafing dishes were pierced and they featured scrollings and ornamental designs. Antique silver chafing dishes are rare and they can sell for thousands of dollars.