The bread basket has a long history in England. Decorative oval-shaped baskets used for bread were introduced during the reign of George II (r. 1727-1760). These early bread baskets were quite heavy. As time went on the designs changed and the baskets became much lighter. 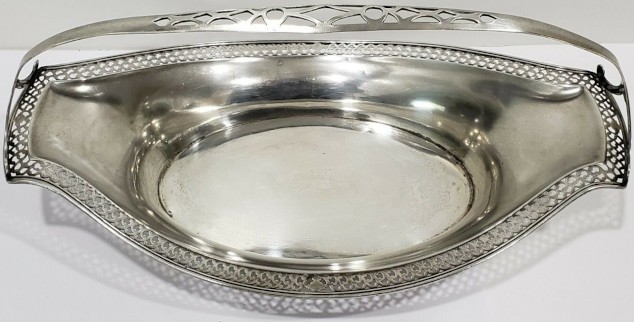 The styles and shapes of bread baskets changed throughout the years. The earliest baskets had a handle at each end. The later types had one large swinging handle. Many of the later types were also pierced, although the piercing stopped at the end of the 18th century.

In the George II era, it was common for baskets to be made in the form of a large shell on dolphin feet. An example of this type of bread basket can be found in the Royal Plate collection at Windsor Palace.