North Carolina has countless beautiful gems and minerals. This makes it one of the best states for rockhouning. Rockhounds from all over America visit the state in the hopes of adding some unique and interesting stones to their collections.

In this article we will review the best sites for rockhounding in North Carolina. We'll also provide a comprehensive breakdown of the laws that govern the activity within the state. Keep the laws in mind throughout your hunting sessions and there will be nothing to stop you from obtaining success!

Rockhounding in North Carolina is governed by many of the same laws which govern the activity across America.

As its name suggests, the Crabtree Emerald Mine is a great place to uncover emeralds. In fact, they are so plentiful in the area that a total novice is almost guaranteed to find at least a few in a single visit. This makes the mine a great place to bring your children if you're trying to introduce them to the joys of rockhounding. Garnet, golden beryl, fluorite, and other minerals can also be found in the mine. 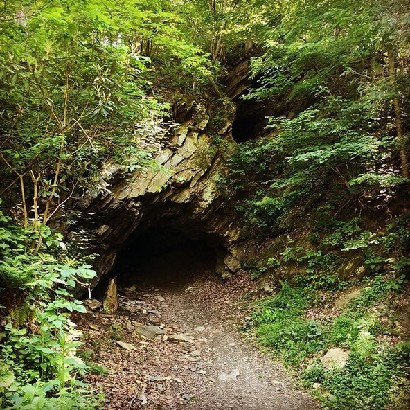 Little Pine Garnet Mine is another commercial rockhounding site. It's located in the Madison County town of Marshall, not far from the French Broad River. The river itself has been the site of some interesting rockhounding discoveries over the years. However the mine will give you the best chance of success in Marshall.

The most commonly reported mineral at Little Pine Garnet Mine is garnet. The garnets found here are known for their unique shapes and sizes. Each seems to have its own distinct appearance, meaning the thrill of a discovery will not wane even after hours at the mine.

It's important to remember that Little Pine Garnet Mine is a commercial site. As such, rockounds are required to pay an entry fee. At the mine you are free to collect up to 2.5 gallons of garnets, making admission more than worth the price.

Buck Creek is situated in Burnsville, Yancey County. It was once extremely popular among prospectors due to its production of gold. Gold prospecting in North Carolina has a rich history, and to this day hopeful prospectors still visit Buck Creek to pan for gold. While these modern gold prospectors are usually unsuccessful, their rockhound counterparts often leave the creek with a new addition to their collection.

Buck Creek is an active producer of rubies, and even novices can expect to find these stones in the nearby soil. Garnets are also regularly extracted from the creek. This makes it a popular alternative among those who would like to hunt for garnets but aren't willing to pay the admission fee of a commercial site.

Buck Creek is a good choice if you're an experienced rockhound searching for a site that will really put your skills to the test. Success is not guaranteed at Buck Creek, but that just makes a discovery of one of its rubies or garnets all the more satisfying.

North Carolina is a great state for rockounding. For novice rockhounds, the commercial sites are the perfect way to get started in the hobby. With places like Little Pine Garnet Mine and Crabtree Emerald Mine to visit, a novice won't have trouble finding somewhere where they can hone their craft. These sites pretty much guarantee a successful hunt every time.

Veterans of the hobby may be a little less inclined to visit North Carolina's commercial sites. But with non-commercial alternatives like Buck Creek and similar challenging environments, even the most experienced rockhounds have something to gain from a visit to the Tar Heel State.