In the 1870s, Washington State experienced a gold rush of its own. During this period, gold was found in all Washington counties. Of course, with mining towns scattered all over the state, its gold supplies were quickly depleted. When mining became commercially unviable in most Washington's counties, prospectors abandoned the region in droves. The mining towns they left behind inspire contemporary treasure hunters to venture to Washington State.

Many Washington State treasure hunters have reported finding small amounts of gold that went undiscovered by their predecessors. Others have uncovered tools and belongings left behind by the state's earliest residents. These success stories, along with rumors of buried treasure, motivate people to metal detect all over the state.

Washington State has about 30 state parks in which metal detecting is permitted. However, you will need to register with the Washington State Parks Department before you get started. Visit their website to register online and see maps of different parks.

Like most other Western states, Washington has its fair share of buried treasure tales. Many are brushed off as mere legend. However, there are a few which seem plausible and we will examine them below.

The Treasure of Walla Walla County

In the 1800s, train robberies were not uncommon in Washington State. A number of them occurred in the Walla Walla County town of Wallula. During one such train robbery, a gang of bandits made off with a collection of gold bars. Initially, the men had planned on fleeing Washington State via a ferry bound for Portland Oregon. However, complications during the heist meant that they had literally missed the boat. In a state of panic, the bandits buried their ill-gotten gains near Walla Walla City. According to legend, all of the criminals involved were either murdered or arrested before they could reclaim their treasure.

Lars Hanson was a high-rolling lumberman in the 18th century. He lived and worked on Vashon Island. This island is located in King County Washington, and it's the largest island in the Puget Sound. It has long been rumored that Hanson buried upwards of $200,000 worth of gold coins on the island some time in the 1870s. The exact location of the buried treasure is not known, but legend places it on the banks of Judd Creek near the town of Burton.

The Clark County Mine

According to legend, a mine of great riches lies hidden somewhere in the Cascade Mountains. The mine was allegedly discovered by an aging Spaniard in the late 19th-century. The mysterious miner would regularly deposit massive quantities of gold at the French & Company Bank. On several occasions, jealous prospectors attempted to follow him as he returned to his mine. But he always managed to shake them.

Rumors of the Spaniard's demise began to circulate after he missed several of his regular trips to the bank. These rumors were all but confirmed when the body of a man was found near Spirit Lake. Interestingly, around this time members of the Yakama tribe began visiting Washington cities. According to eyewitnesses, they paid for goods using nuggets of gold, much like the Spaniard had. The general assumption is that the Spaniard, if he did exist, was murdered by the Yakama who discovered the location of his mine and stole his gold. The Yakama never shared the whereabouts of the mine with outsiders and its location remains uncertain to this day.

In the late 19th century, mining towns sprung up all over Washington State. Although many of these towns thrived at first, most were completely abandoned in the decades that followed.

In Pierce County, you'll find what's left of Melmont. The town was founded in 1900 along with the opening of the Melmont Coal Mine. It eventually grew to include a school, a hotel, a saloon, and a post office.

Melmont's coal mine was operated by a subsidiary of Northern Pacific. All coal extracted was used by Northern Pacific to power its locomotives. When the company introduced diesel and electric models, steam-powered locomotives were rendered obsolete and the mine was shut down. This destroyed the town's economy and it was abandoned entirely in the 1920s. Only a handful of buildings remain standing in Melmont today. However, items left behind by its former inhabitants can still be found in its soil. 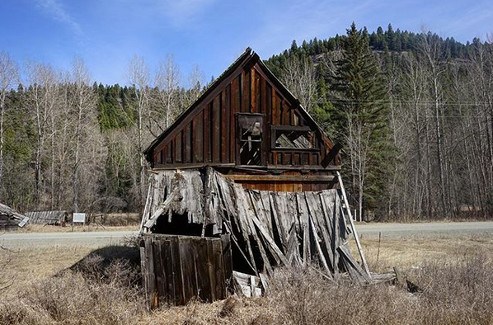 The mining town of Bodie was founded in 1888. Mining operations focused almost exclusively on Knob Hill Mine. Ore was regularly extracted from this mine through the 19th century and into the early 20th century. Activities in the mine ceased in 1934, when a drop in gold prices made mining unprofitable. Unsurprisingly, Bodie was completely abandoned shortly after.

It's said that a number of streams in Bodie still bear small amounts of gold. This attracts recreational gold prospectors and treasure hunters alike to the remains of the Okanogan County town. 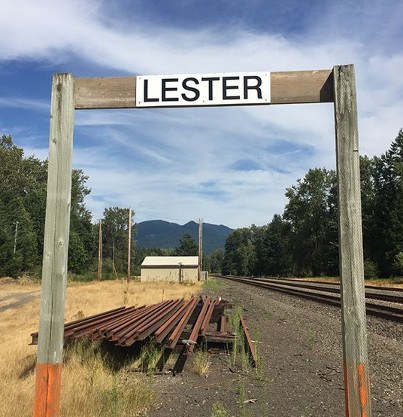 Lester was founded in 1881 as "Deans", a logging camp. It was renamed "Lester" after Northern Pacific constructed a number of facilities in the town. Lester's logging industry was destroyed by a series of forest fires in the beginning of the 20th century. However, small groups of people remained in the town for another 100 years. Gertrude Murphy, the final resident of Lester, passed away in 2002. The vast majority of the town's buildings were subsequently demolished. Although virtually none of Lester's buildings remain standing, evidence of the town's former prosperity can be found using a metal detector.

In many states, the laws regulating treasure hunting are so strict that metal detecting is almost a waste of time. However Washington State strives to work with treasure hunters. Parks across the state have relaxed laws, allowing you to indulge in the hobby with peace of mind.