New Mexico is a popular spot among archaeologists and recreational treasure hunters. Along with artifacts left behind by its past residents, New Mexico also contains a small amount of gold. However, there aren't many bodies of water in the state. This means that the gold can only be found through drywashing or, if you want to increase your chances of success, metal detecting.

The Archaeological Resources Protection Act (ARPA) governs metal detecting in New Mexico and America as a whole. It has been a source of frustration for treasure hunters since its introduction in 1979. The ARPA prohibits the extraction of any man-made item of historical significant from public land. The problem is that its definition of "historical significance" is quite vague. It generally extends to anything that is over 100 years in age. This means you could find yourself in trouble for removing something as small as a button if it's old enough.

The good news is that the ARPA does not regulate metal detecting on private property. If you can find somebody willing to let you search on their land, then you can extract items without issue. The only downside to this is that any item discovered on private property legally belongs to the landowner, so you would need to make a deal with the landowner.

Treasure hunters in New Mexico must also abide by the Native American Graves Protection and Repatriation Act. Under this law, Native American cultural items excavated on federal or tribal land must be returned to their tribe of origin.

Metal Detecting in New Mexico's national parks is forbidden. However, it's permitted in any state park as long as you obtain approval from park management beforehand.

Throughout its history, New Mexico has seen countless settlements, encampments, and towns. Many now stand abandoned and are perfect spots for treasure hunting. 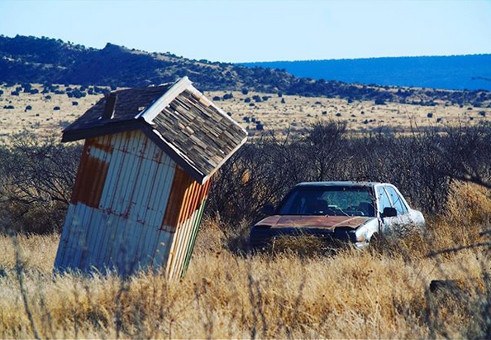 Just west of Tucumcari in Quay County, you'll find the town of Montoya. Or more accurately, what's left of it. Montoya peaked in the very early 1900s. During this period, it was used as a loading point for the Southern Pacific Railroad. Most of the residents not employed by Southern Pacific worked as ranchers. Today only two buildings remain standing. Richardson's general store and Casa Alta, a four-room house built at the beginning of the 20th century. 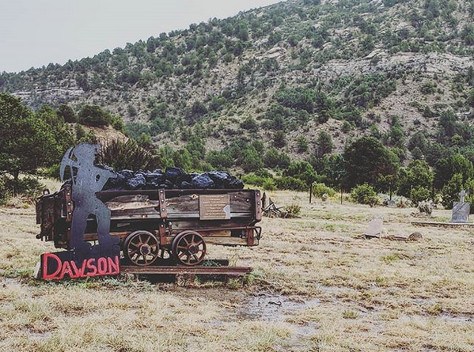 Dawson is most notable for the Dawson coal mine. The mine opened in 1901, but really only took off after being purchased by the Phelps Dodge Company in 1906. As activity in the mine increased, the town itself expanded. It grew to include a theater, a hotel, a hospital, and even a baseball park.

Disaster struck Dawson in 1913, when an explosion at the town's mine killed 263 workers. Two good samaritans also perished while trying to rescue the men. A second explosion occurred less than ten years later, claiming the lives of 120 miners. The mine finally ceased operations in 1950. With its mine gone, the town suffered. Its land was eventually sold and its buildings either relocated or destroyed entirely. Today, all that remains of Dawson is a cemetery and whatever artifacts lie buried beneath its streets.

The Rocky Mountains stretch across six American states: Idaho, Montana, Utah, Wyoming, Colorado, and New Mexico. They are also accessible through British Colombia and Alberta, Canada. Lying somewhere in the American portion of the Rocky Mountains is the Fenn Treasure. To many, the Fenn Treasure is the Holy Grail of treasure hunting in the United States. This is because its existence has been confirmed by its namesake, Forrest Fenn.

An art dealer by trade, Fenn claims he was inspired to bury one million dollars worth of treasure in the Rocky Mountains after being diagnosed with cancer. Fenn expected to die when he was diagnosed and intended to cement his legacy through the hunt for his treasure. Since going into remission, he has dedicated himself to spreading the tale of his buried bounty. Although he hasn't given a specific location, he has confirmed that it can be found in the United States and not Canada.

Countless optimistic treasure hunters have gone in search of the Fenn Treasure. Many have focused their efforts on New Mexico. Some have even claimed to have uncovered the loot, although Fenn himself maintains that his treasure still lies where he buried it. Tragically, a number of treasure hunters have died while searching for the Fenn Treasure. So be sure to take extra safety precautions if you decide to hunt for the art dealer's fortune.

New Mexico can be a tough environment for metal detecting. In the summer, when treasure hunters are most active, temperatures in the state can reach as high as 92.3 degrees Fahrenheit. This makes marathon sessions a challenge, if not completely impossible. With this in mind, we urge novice treasure hunters to restrict their metal detecting to states with more forgiving environments during the summer months.