Metal detecting is not particularly widespread in Hawaii. Most who visit the state would rather spend their time relaxing in the sun than searching for buried treasure. But this is great news for anybody who does visit with a metal detector in tow. With so few treasure hunters to compete with, your chances of making a big find increase.

There are some important factors to consider when metal detecting in Hawaii. State laws governing the hobby can be fairly strict. Also, some regions of the state have proven more fruitful than others. In addition, you should also take into account the unique environment of Hawaii. Its environment can make it unsuitable for certain types of metal detectors. We'll be examining all of these factors in our article.

Metal detecting in Hawaii is regulated by the Archeological Resources Protection Act. The ARPA is a federal law regulating metal detecting all across America. Its aim is to preserve items of historical and cultural significance. This law prohibits the removal of man-made objects more than 100 years of age from public ground.

Hawaii is one of the most popular vacation destinations in the world. Unsurprisingly, the state's government does not want treasure hunters taking up valuable space in its tourist hotspots. As such, metal detecting is forbidden in national parks and at national monuments. Popular recreational areas are also off limits. However, it isn't exactly clear what constitutes a "popular recreational area". For this reason, we suggest you contact authorities before detecting in any spot that could fall into this category.

Beaches are generally safe for detecting without a permit. However there are some beaches that are off limits. For example, metal detecting at Oahu's Hanauma Bay is forbidden. Even while metal detecting on approved beaches, you should be mindful of Hawaii's "unwritten rules". Locals may not take kindly to an out-of-towner digging around on their beaches. If you are questioned by anyone, then make sure to be calm and respectful when explaining yourself.

On Hawaiian beaches, you'll likely uncover watches and jewelry left behind by recent tourists. State law asks that treasure hunters hand over such items to authorities so that they can be returned to their owners.

The spots listed below will give you the best chances for success. 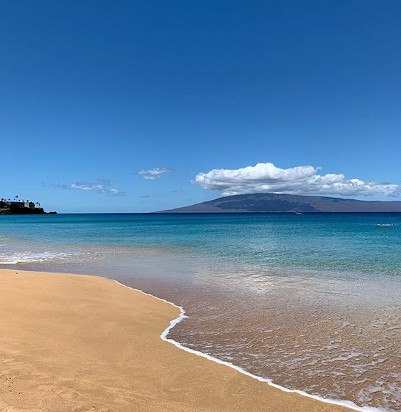 Kaanapali Beach is located in Maui. It's known for being one of the most upscale beaches in all of America. This means you're likely to stumble across some valuable pieces of jewelry while metal detecting here.

This beach boasts three miles of shoreline. This means that you won't have trouble finding a place to use your equipment, even with the high number of sunbathing tourists.

Kailua is a small town located on the Hawaiian island of Oahu. Oahu itself has long been a favorite of metal detector enthusiasts. However, it's Kailua that has seen the most action. Particularly fruitful is Kailua Beach. At this beach treasure hunters have reported unearthing artifacts from Hawaii's past, along with more recent items like necklaces and earrings. 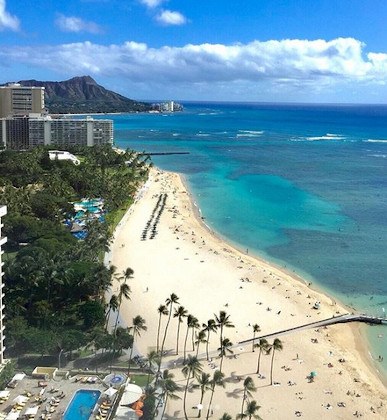 Waikiki started out as a retreat for royals in the 18th century. It stayed this way for almost a century before it first began welcoming tourists. With your metal detector in hand, you'll have a chance at unearthing royal relics throughout this Honolulu neighborhood.

Be sure to visit Waikiki Beach during your visit. This beach has turned up some really interesting finds over the years.

Hawaii's soil is fruitful. Its waters can be just as promising. Underwater metal detecting is popular among treasure hunters in the state. If you can get your hands on the proper equipment, then why not give it a try during your visit?

Note our use of the term "proper equipment". You can't head into a body of water with just any metal detector. Most metal detectors are not designed to be used in oceans. This is especially true with inexpensive models.

If you're not looking to spend a lot of money on a metal detector, then you may want to consider buying a very low frequency metal detector. VLF metal detectors are more affordable than their PI alternatives. However, they remain effective in shallow waters. They often struggle in saltwater, but are not completely unusable in such conditions.

There are a number of metal detecting clubs in Hawaii. Joining a club will let you interact with those who are more familiar with the state's terrain than you are. They'll be able to guide you towards the best spots for metal detecting and will steer you away from the less productive spots. Furthermore, it won't hurt to have a local on your side should you be confronted by residents while detecting.

Hawaii isn't the most productive state in America when it comes to metal detecting. For that reason, we advise against venturing to the Aloha State specifically to indulge in the hobby. But if you're planning on visiting anyway, then be sure to bring your metal detector along. Its beaches provide ample opportunity for treasure hunting. Because the state is home to so few metal detector hobbyists, your chances of making a significant discovery are elevated. Get yourself an underwater metal detector and those chances double!