How to Get a Coin Graded

Getting your coin graded by a third party can add credibility to your coin, and in some cases it can increase your coin's value. It also makes a coin easier to sell, because there will no question as to what the coin is and what its condition is.

So if you want to get your coin graded but don't know where to start, then follow our guide below to learn the process.

What Is Coin Grading? 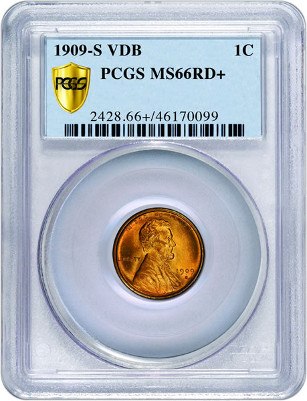 Coin grading is the process of examining a coin and determining its condition, or 'grade'. For coin collectors, learning at least a little about how to grade coins is advisable, so that decisions can be made about the approximate value of a coin. An awareness of the terminology and the criteria used to grade coins is useful information for any collector who wants to buy or sell coins.

Until the 1970s, there was no standard way of grading coins. Dealers used their own systems and worked by instinct. They used their experience, observation and their own subjective opinion. In 1978, the American Numismatic Association (ANA) published the Official ANA Grading Standards for United States Coins, which represented standards agreed to by professional numismatists. This is a must-have book if you are in the coin business.

Coins are usually graded according to five criteria: strike, preservation, luster, color and attractiveness. The modern grading scale goes up to 70. The range of 60-70 is uncirculated. A 70 is considered to be flawless, and for that reason it's rare for a coin to have a 70 grade. A description is also sometimes given according to the condition.

Professional coin grading is a very careful process during which the coin is logged with a unique number, and then bar coded and directly examined by at least two experienced graders. It is then given a label showing the grading details, sealed in a transparent tamper-proof holder, and then shipped back to the customer. Companies grade a variety of different coins which include: pennies, nickels, dimes, quarters, half-dollars, foreign coins, etc.

Most coin collectors have at least a few graded coins in their coin collection. For your best coins it's good to know their exact quality and retail value. 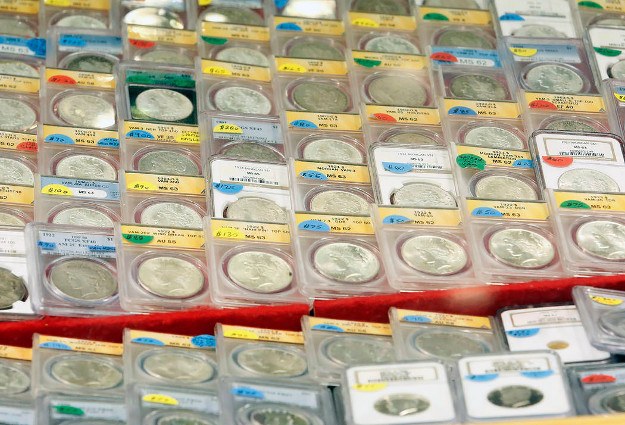 Professional coin grading is undertaken by specialist companies. It's possible for anyone to have coins professionally graded, but some companies require you to be a member before you can use their service. There are often different levels of membership- higher levels are more expensive but offer more services. Some companies don't require membership to have coins graded.

In addition to any membership dues, the companies charge a fee for each coin submitted. The level of fee depends on the rarity of the coin (maximum value) and the speed at which you require the service. So when submitting coins, a 'service tier' must be selected based on these criteria. The turnaround times can vary, depending on demand.

The Most Popular Coin Grading Services

There are a few coin grading companies out there but only about three of them are worthwhile. Reputation is the most important factor when choosing a grading company. So here are the top companies:

PCGS is currently the most popular service. It has a strong reputation and for this reason it's the service that we recommend. Membership is required before coins can be submitted for grading. There is also a minimum amount of coins you can submit at a time. The fee per coin is around $35, so keep this in mind.

NGC is another reputable service. Membership is required before submitting coins, but members of the ANA (American Numismatic Association) qualify for free membership to enable them to access grading services. The minimum number of coins per submission is five. The fee per coin is around $32.

ANACS is formerly the American Numismatic Association Certification Service, and it's now owned by a private company.

This is another top tier grading company that is much more affordable than the others at around $12-15 per coin. You need to send in a minimum amount of coins, but you don't need to be a member to use their service.

How to Submit Coins

Note: You shouldn't submit a coin if you think it might be fake silver. If it's fake, then it's a waste of the submission fee. Read our guide to testing silver to learn if you silver is real or fake.

Submission forms can be downloaded from a company's website and printed to send with your coins. The forms look complicated, but the guidelines provided make the process easier- be sure to follow them closely.

The number and details of each type of coin are entered onto separate lines. The fee is calculated by multiplying the number of coins for each service level and then adding fees for any additional services such as variety attribution. Payment should be sent with your submission.

The usual method of submitting coins is by mail. When using postal services, it's recommended that coins are sent by registered and insured mail, and if sent by carrier, that they are insured. Return postage is not included in the grading fee, so you must pay for it separately. To ensure that your coins arrive safely, they should each be placed in a separate cardboard coin holder.

As an alternative to postage, in the case of PCGS or NGC, non-members can access coin grading through one of their local authorized dealers. This is a good option if you only have one or two coins to submit.

Anyone can have coins graded. You don't have to have a large coin collection to have your coins professionally graded. When the process is complete you will have the satisfaction of knowing the true condition and value of your coin. So it's usually worth doing for expensive coins.