How to Find Arrowheads

If you're new to treasure hunting then searching for arrowheads is a great way to start. It's also an immensely fun activity.

Arrowheads were used by Native American tribes for thousands of years. They are still in use by tribes and enthusiasts trying to keep the tradition of arrow smithing alive. This means arrowheads are relatively easy to find. That is, of course, as long as you know what you're doing.

In order to help you with your search for arrowheads, we've put together this guide. We'll be detailing the most important concepts to keep in mind during your hunt. We'll also discuss the areas most likely to turn up these fascinating Native American artifacts. 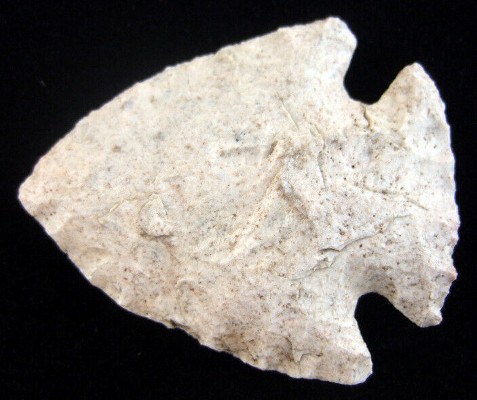 Arrowheads were pointed tools used by humans to capture and kill prey. Our earliest ancestors carved them out of stone and whatever other natural materials were available. As civilization progressed hunters began crafting arrowheads out of metal. Metal is the go-to material for most modern-day arrowsmiths, although some still prefer to work with stone.

Where to Look for Arrowheads

Certain artifacts can only be found in certain states. This is not the case with arrowheads. These artifacts have been discovered across the United States. This is advantageous because it means you won't have to travel to another town or city to have a shot at finding some.

Many early hunters relied on arrowheads to catch fish. This makes bodies of water extremely promising sites for a hunt. Try to focus your attention on smaller areas, such as streams and creeks. Caves have also proven fruitful. When you hunt for arrowheads in a cave, you may also find other tools left behind by former inhabitants.

Forests and fields are other popular hunting sites among arrowhead enthusiasts. Such sites tend to sprawl across many acres which increases the chances of a discovery.

How Deep Are Arrowheads Buried?

It's difficult to say for certain how deep arrowheads are buried. This is because there are a number of laws that forbid digging for arrowheads in the United States (more on that later). Thankfully, it doesn't really matter just how deep arrowheads go, as they can be easily found on the surface of fields and forests. This eradicates the need for digging and makes the only required tool a keen eye.

The following tips will help you achieve success:

Use a Metal Detector

Arrowhead hunting is a popular hobby. It has spawned countless in-person and online clubs. We strongly encourage any first time arrowhead hunter to join one of these clubs. Online forums are a great way to get tips and tricks for a successful hunt. In-person clubs will help you find productive locations near you.

It's important to remember that not every arrowhead you find will be authentic. A frustrating number of fraudsters get joy out of manufacturing fake arrowheads. They then leave these forgeries in known treasure hunting areas in the hopes of fooling people. Learning to separate a fake arrowhead from a real one is not all that difficult. You just need to remember the following points: 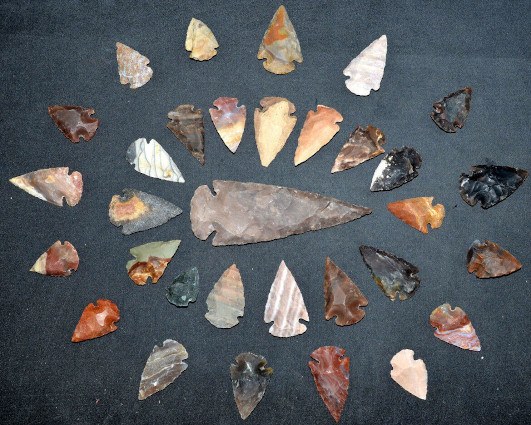 If you make a discovery in your search for an arrowhead then be sure to share it with the world! The arrowhead hunting community is extremely passionate about the hobby. As such, most members of the community love to see the artifacts uncovered by their fellow hunters. Furthermore, archaeologists often rely on discoveries made by hobbyist treasure hunters to piece together the history of specific locations. By sharing your find with the world, you can help shape our understanding of American history.

Hunting for arrowheads in public places can be a little tricky. Federal laws prohibit the excavation of any item of historical significance that appears to be more than 100 years old. Many arrowhead hunters turn a blind eye to this law or plead ignorance if they get caught, but we don't recommend doing this. If you want to take home the arrowheads you discover, then you should limit your hunt to private property.

Many metal detector hobbyists like to indulge in the hobby in state parks. The specific laws relating to state parks vary from state to state. In some parts of America, you can hunt for arrowheads on state land without fear of repercussion. In others, you could end up with a hefty fine for even picking one up.

If you're considering searching for arrowheads in a state park, then you should contact the park authorities beforehand. They'll be able to tell you if the activity is allowed within park grounds.

If somebody grants you permission to search for arrowheads on their property then you should be sure to get it in writing. Written permission isn't strictly necessary, but it's the only way to avoid legal disputes. Your written agreement should also detail how you and the landowner will divide any finds you make on their property.

Few relics are more plentiful across America than arrowheads. Some see this as a disadvantage, as this high concentration means decreased value. But if you ask us, it's nothing but a positive. Because arrowheads are so common, you won't have to worry about losing out to another treasure hunter. No matter what your level of experience is or where you are in the country, you can find success searching for arrowheads.